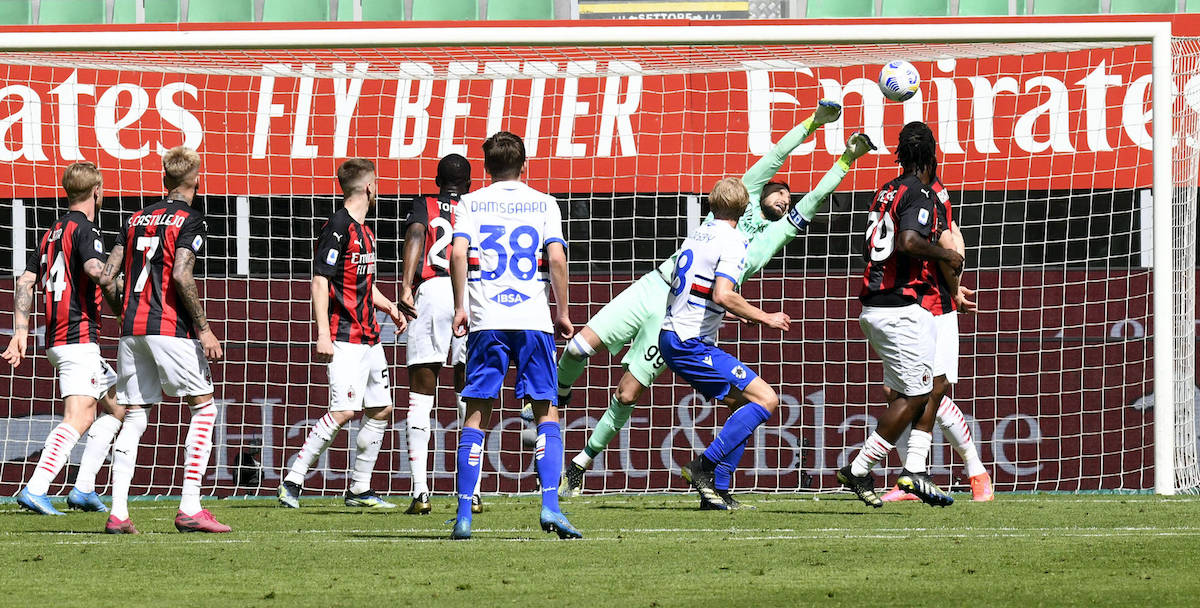 A number of players were criticised for their performances during yesterday’s 1-1 draw against Sampdoria in La Gazzetta dello Sport’s player ratings.

Starting with the more positive notes, the paper (via MilanLive) rewarded Jens Petter Hauge for his excellent substitute appearance, as he scored and nearly set up Ante Rebic for another goal, earning a 7 out of 10.

A 6.5 was awarded to Gianluigi Donnarumma, who once again made some vital saves when Sampdoria were knocking on the door in the first half. The same score was given to Kessie, who carried a struggling midfield and also almost scored the winner.

Simon Kjaer as well as the substitutes Kalulu and Tonali were given a 6 out of 10, with the latter pair at least doing better than the players they replaced.

Hakan Calhanoglu and Zlatan Ibrahimovic were expected to give Milan quality and goals, but a rating of 5.5 went to both as they appeared not to be in top condition. A 5 was given to Bennacer, who needs time to get back into rhythm, while Samu Castillejo and Alexis Saelemaekers both struggled.

A 4.5 rating went to Krunic as the Bosnian was ‘a ghost’ who often disappeared from the field and does not find the right positions, while a 4 was given to Theo Hernandez for his disastrous mistake and overall poor decision making.