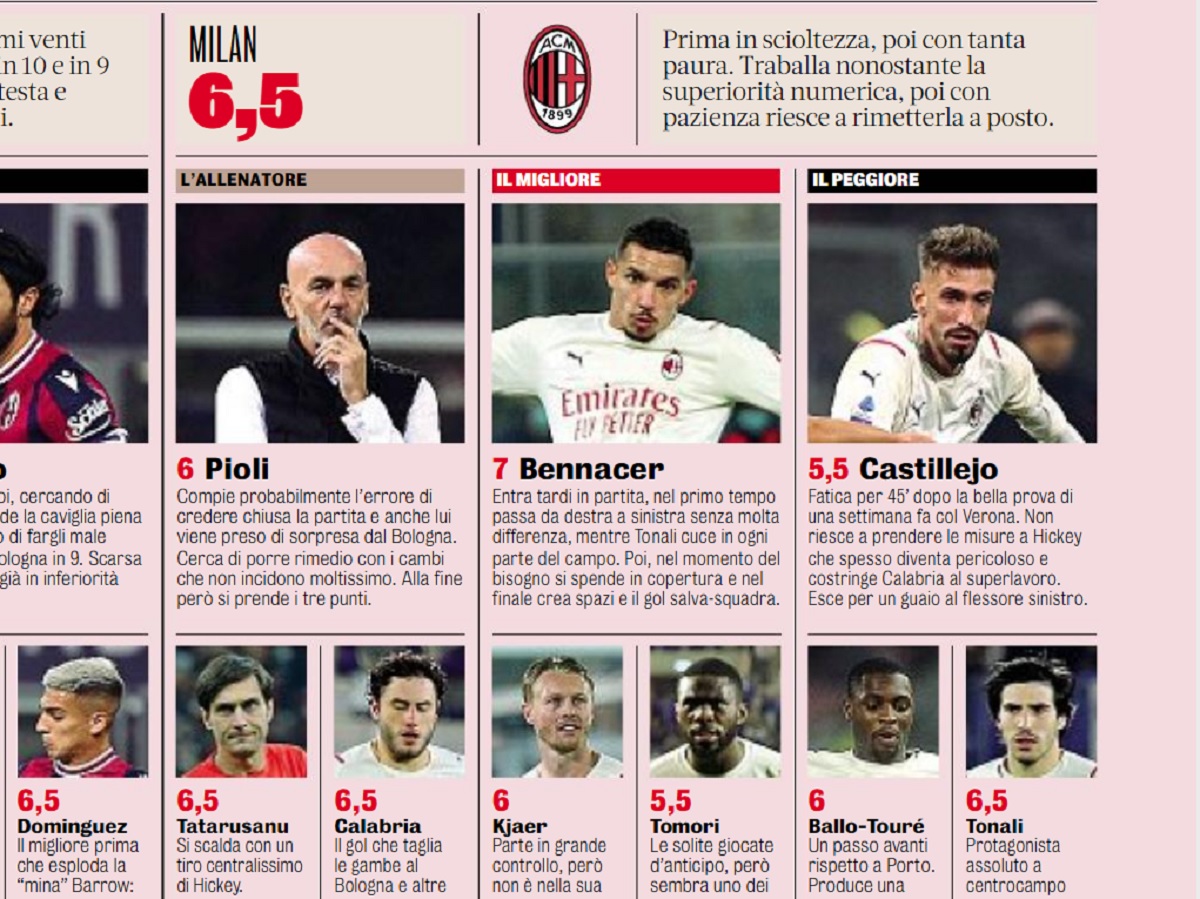 After nine games played, AC Milan are currently in first place with an impressive 25 points. It’s the first time they have secured that many points since the 1954/55 season, but last night they didn’t make it easy for themselves.

Today’s edition of Gazzetta Dello Sport (via MilanNews) analysed the performance of each Rossoneri player and put a rating out of 10. The best player was Ismael Bennacer with 7, seeing as he saved Milan with an absolute stunner and also played well overall.

The likes of Ciprian Tatarusanu, Davide Calabria, Sandro Tonali and Rafael Leao got a 6.5 as they were slightly above average. Meanwhile, Simon Kjaer, Fode Ballo-Toure, Zlatan Ibrahimovic and Olivier Giroud passed the test with a 6.

Fikayo Tomori, Alexis Saelemaekers, Tiemoue Bakayoko and Samu Castillejo were deemed as poor and received a 5.5. The Spaniard was the worst, according to the paper, and he was taken off at half-time due to an injury.

On Tuesday, Milan will take on Torino so there is no time to rest for Pioli’s side. Theo Hernandez has now tested negative for Covid-19 and could thus perhaps be called up for the game.