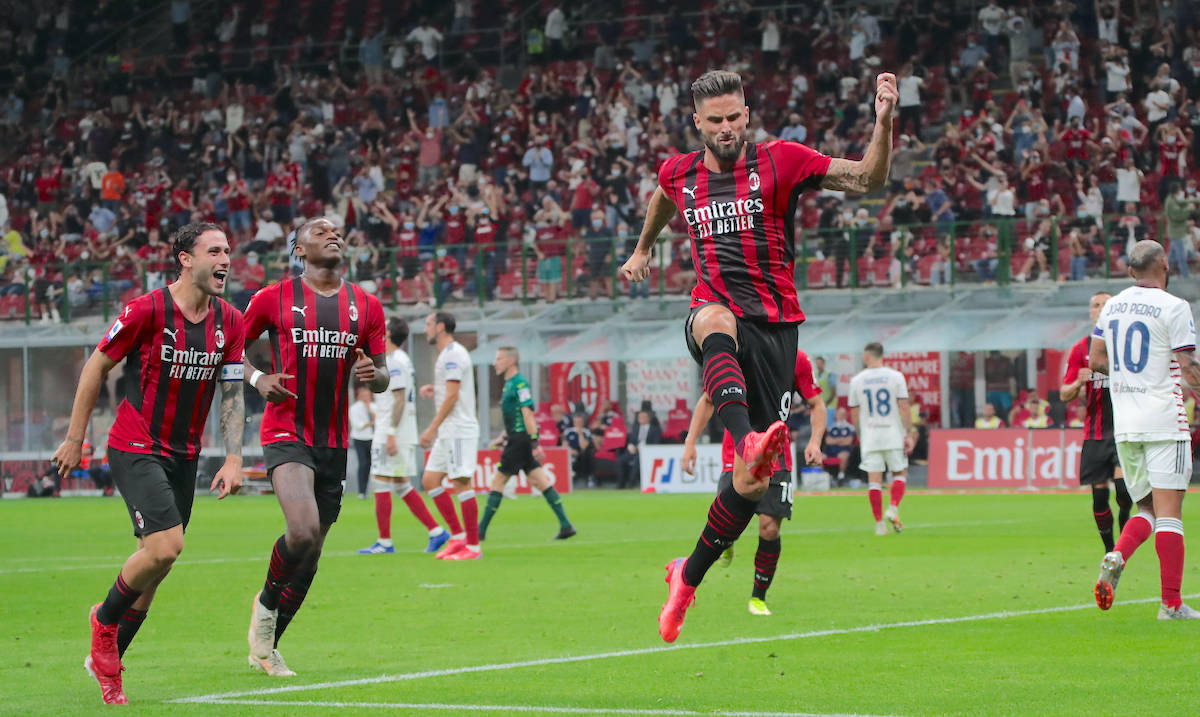 GdS: Milan player ratings for win over Cagliari – trio stand out with nobody below a 6

There was a bunch of good scores from AC Milan’s win over Cagliari in La Gazzetta dello Sport’s player ratings, which have been published this morning.

An exhilarating first 45 minutes from the Rossoneri put the game out of reach, as a Sandro Tonali free-kick, a Rafael Leao strike that deflected off Brahim Diaz and a brace from Olivier Giroud including a penalty being enough to seize a commanding 4-1 lead at the interval, a scoreline that would hold.

The paper (via MilanNews) writes that Giroud was the best in the match against Cagliari as the Frenchman was given a 7.5 out of 10 for scoring a brace in front of the fans and generally giving a tidy and confident showing.

The same score (7.5) was also given given to Sandro Tonali and Brahim Diaz, half a point less (7) was awarded to Davide Calabria, Simon Kjaer and Rafael Leao. Mike Maignan, Fikayo Tomori, Rade Krunic and Alexis Saelemaekers also did well and received a 6.5, while the rest received a 6 and none got below.