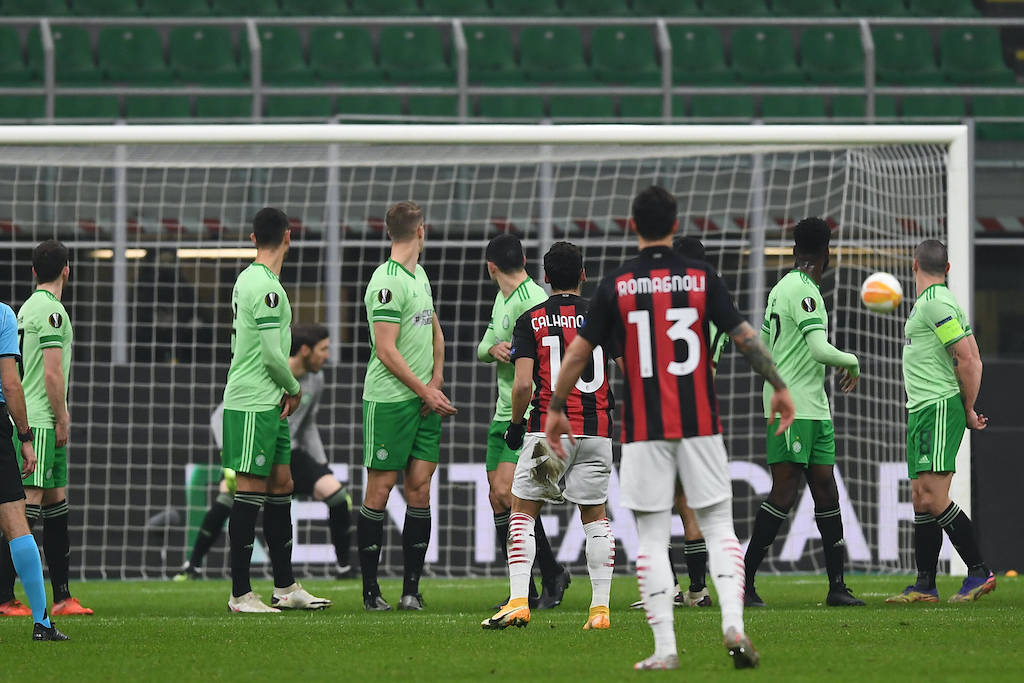 GdS: Milan player ratings for win over Celtic – trio given huge praise but midfielder must do more

Hakan Calhanoglu was the best player on the pitch during AC Milan’s 4-2 win over Celtic on Thursday night, according to La Gazzetta dello Sport.

The paper (via MilanLive) have published their player ratings from the Rossoneri’s comeback win, which allowed them to secure qualification for the next round with a game to spare.

They gave a 7.5 rating to Calhanoglu, whose free-kick got Milan back in the game after a dreadful start, while Gianluigi Donnarumma got the same score as he was decisive in keeping Milan afloat.

There was a 7.5 also for Jens Petter Hauge, who after a dull first half went wild and became the match-winner. Hauge assisted Brahim Diaz, who received a 7, for the goal that made it 4-2 and killed the game.

Kessie, Romagnoli and Castillejo all received a 6.5 with special mention to the captain who entered in place of the injured Kjaer. It was a 6 for Gabbia, Theo Hernandez and Tonali, the latter of whom is described as ‘committed but can and must do much more’.