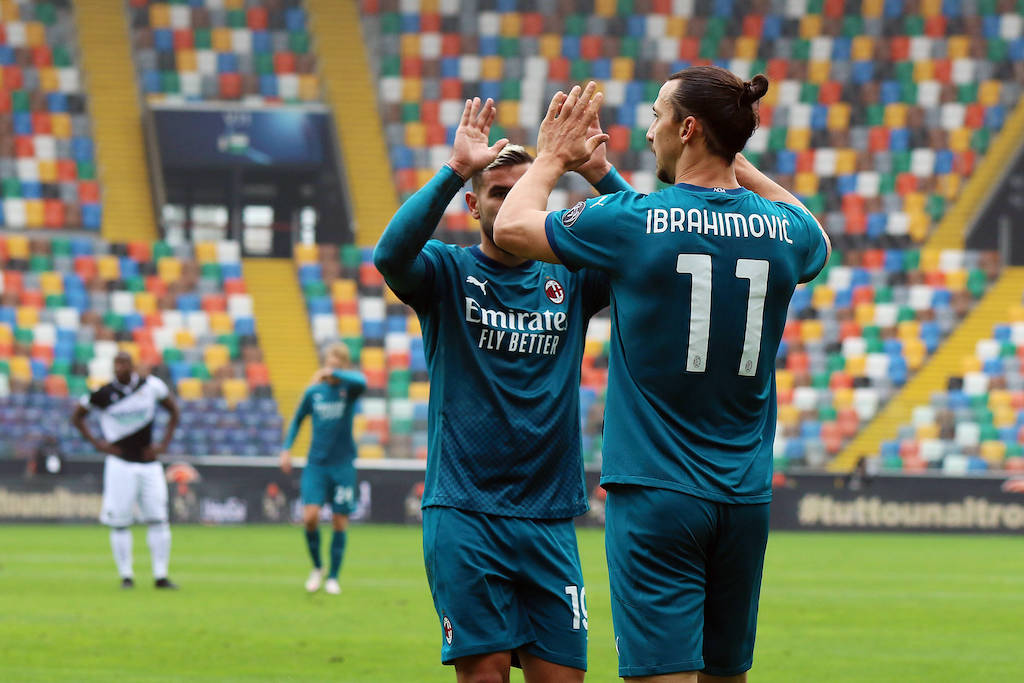 GdS: Milan player ratings for win over Udinese – Ibrahimovic and Kessie singled out for praise

Zlatan Ibrahimovic was once again given the award as the best Milan player on the pitch for Sunday’s win over Udinese by La Gazzetta dello Sport.

In their player ratings, La Gazzetta dello Sport (via MilanNews) awarded the Swede a score of 7.5 out of 10 for registering the game-winning goal and an assist.

There was yet another great performance by Kessie, who scored a 7 and scored a goal, while Calabria, Dalot, Kjaer, Bennacer, Leao, Diaz and Rebic amassed scores of 6.5.

All the other players involved got a mark of 6 except for Saelemaekers (5.5) who struggled to impact the game and Romagnoli (5) who was wrong to make a challenge that led to a penalty kick.