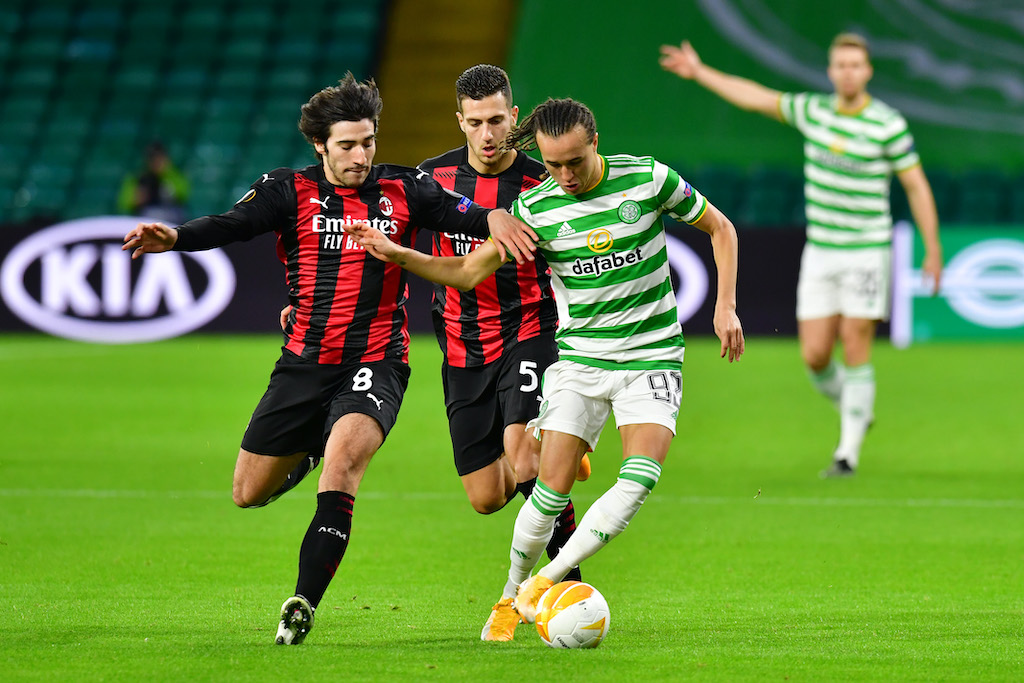 Zlatan Ibrahimovic was voted as the best player in AC Milan’s 3-1 win over Celtic on Thursday night, but Sandro Tonali struggled.

Milan took care of business in Scotland and extended their unbeaten run in all competitions to 21 games. They have not been beaten since the 0-0 draw with Juventus back in June’s Coppa Italia semi-final.

La Gazzetta dello Sport have published their player ratings in Friday’s edition of their newspaper, and praise head coach Stefano Pioli (7.5 out of 10) and Ibrahimovic (7) for their work at Celtic Park.

Gianluigi Donnarumma received a 6 as did the two full-backs Diogo Dalot and Theo Hernandez, while Kjaer received a 7 and Romagnoli a 6.5.

Sandro Tonali struggled in midfield and got a 5.5 but was carried through by Kessie who was awarded a 7, while Castillejo, Krunic, Brahim Diaz and Bennacer all got a 6.5.

Finally, Jens Petter Hauge got a 7 for scoring his first goal for the club and Rafael Leao was given a 5.5 after failing to affect the match following his introduction.

🔢AC Milan squad rating against Celtic according to 🗞️Gazzetta. pic.twitter.com/PDhy0m8JsT