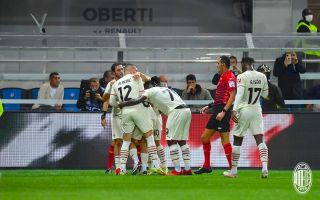 The paper (via PianetaMilan) gave Sandro Tonali the title of man of the match and a rating of 8 out of 10, describing him as ‘impregnable across the board’ and also recalling how he netted the second goal by pressuring and dispossessing Freuler.

Pioli also got an 8 for his approach to the game, as he set his side up in the right way and there were barely any mistakes in the 90 minutes.

Three players got a 7.5: Mike Maignan, who was not at fault for either goal and made decisive saves, plus Davide Calabria and Theo Hernandez who both showed the damage they can cause in the final third but also defended well when asked to.

Three 7s were dished out to players like Fikayo Tomori – who made an excellent challenge on Pessina – and Brahim Díaz who exploited the central hole that the Bergamo players never managed to fill. Rafael Leao got the same after a fantastic finish to kill the game.

A rating of 6.5 went to Franck Kessié, Alexis Saelemaekers and Ante Rebic. Simon Kjaer got a 6 after a ‘first half clearly below his standards’. Finally, Junior Messias was judged to be the worst on the pitch among the Rossoneri players by the paper with a 5.5 score after having a hand in both Atalanta goals.