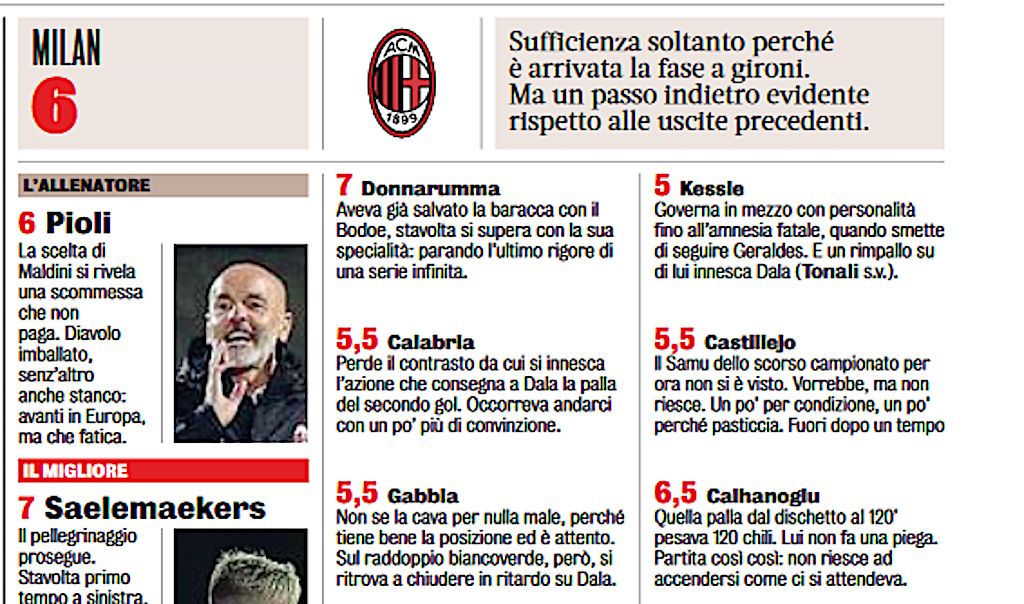 Alexis Saelemaekers was the best player for AC Milan in what was an otherwise disappointing performance against Rio Ave on Thursday night.

According to La Gazzetta dello Sport, Alexis Saelemaekers was the best player on the pitch for the Rossoneri as he did well both in the defensive phase but also to score the opening goal in the second half. He got a 7 out of 10.

It was the same score also for Gianluigi Donnarumma, who in the lottery of penalties saved the decisive one from Santos, while Calhanoglu got 6.5.

Theo Hernandez and Brahim Diaz each received a score of 6, while 5.5s were dished out to Calabria, Gabbia, Kjaer, Bennacer and Castillejo. Kessie, Maldini and Colombo got a 5, but the lowest grade was given to Leao (4.5), author of a very disappointing performance.