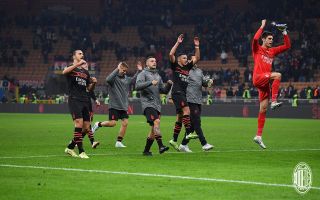 The newspaper (via MilanLive) gave the title of man of the match to the ‘match-winner’ Olivier Giroud who found himself in the right place at the right time to deliver three points, and he earned himself a 7 out of 10 score.

A 7 was also given to Sandro Tonali who was ‘omnipresent and intelligent’, showing signs of his dynamism even in a game that was slow and had little quality. Goalkeeper Ciprian Tatarusanu got a 6.5 for saving Sanabria’s shot, while Fikayo Tomori and Davide Calabria also received the same score. Rade Krunic got a 6.5 as he was the creator of the assist for Giroud, and substitute Theo Hernandez also got the same grade.

Centre-backs Alessio Romagnoli and Simon Kjaer got a 6 as did Pierre Kalulu who did struggle a bit against Singo and came off due to being booked. A 6 also went to Franck Kessie, Ismael Bennacer, Alexis Saelemaekers and Rafael Leao.

The only player below a 6 was Tiemoue Bakayoko who got a 5.5. The Frenchman does not seem to be in the best athletic condition and it showed in the yellow card he received.