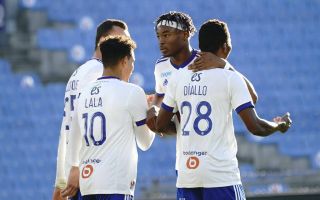 GdS: Milan postpone pursuit of Simakan until the summer as entourage pledges loyalty

AC Milan have decided to put their pursuit of Strasbourg star Mohamed Simakan on hold until the summer, according to a report.

It has been reported by a number of different sources that Simakan was the No.1 target for the Milan management in the January window, however their pursuit has been complicated in the last few days.

He suffered an injury in Strasbourg’s last game against RC Lens resulting in him needing a minor knee surgery that will keep him out for six weeks, leading to suggestions Paolo Maldini and co. are looking elsewhere.

According to La Gazzetta dello Sport (via MilanNews), the knee injury and the operation that Simakan will have to undergo has changed the plans of Milan, who yesterday decided to abandon – at least for this transfer window – their pursuit of the 20-year-old.

The idea instead has been postponed to the summer, with the French player’s entourage guaranteeing loyalty to the Milan option, as per the paper.