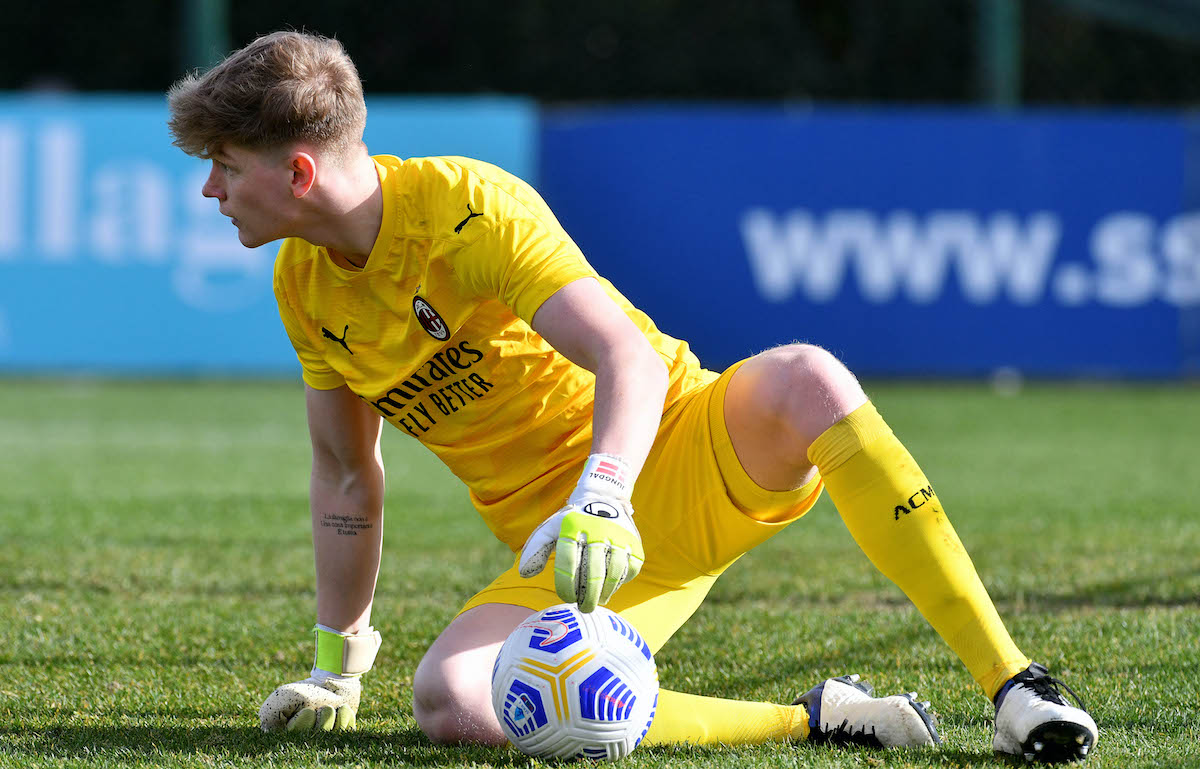 A name that many Milan fans will have noticed on the squad lists this season buy may not know too well is that of Andreas Jungdal.

La Gazzetta dello Sport writes how Jungdal has become the third-choice goalkeeper at Milan due to Alessandro Plizzari’s injury and subsequent surgery. The Dane is 19 years old and the youngest of the current squad, and in the 2019-20 campaign he made seven appearances for the Primavera in the second tier plus 23 last year, where he collected three call-ups for the first team squad (against Roma, Sassuolo and Inter in the cup).

Jungdal arrived at Milan in July 2019 from Vejle Boldklub, a Danish first division club, and he set about making Milano his new home. He learned Italian and even though his contract is expiring next June, the teenager expected to renew for another two years.

Jungdal is a modern goalkeeper who plays a lot with his feet, as Mike Maignan does, while he already has an international reputation. So far he has played at least one match in all the youth groups for Denmark: 6 with the U17, 3 with the U18 and one with the U20s, with whom he made his debut in June against Ireland.

Playing alongside Maignan and the experienced Ciprian Tatarusanu, with Dida’s coaching and a compatriot in Simon Kjaer to turn to, the future looks bright.

READ MORE: Kessie has a chance to redeem himself at a familiar stomping ground