GdS: Probable XIs for Empoli vs. Milan – Pioli makes his choices for the attack

AC Milan face a tough task to end the year as they travel to face Empoli, and head coach Stefano Pioli appears to have settled on his starting XI.

According to La Gazzetta dello Sport, the Rossoneri are likely to start with Mike Maignan in goal protected by a back four of Alessandro Florenzi, Fikayo Tomori, Alessio Romagnoli and Theo Hernandez from right to left.

Sandro Tonali is expected to be joined by Ismael Bennacer in the double pivot with Junior Messias on the right wing, Brahim Diaz as the playmaker and Alexis Saelemaekers on the left wing behind Olivier Giroud who will be the centre-forward given the absence of Zlatan Ibrahimovic due to a knee overload. 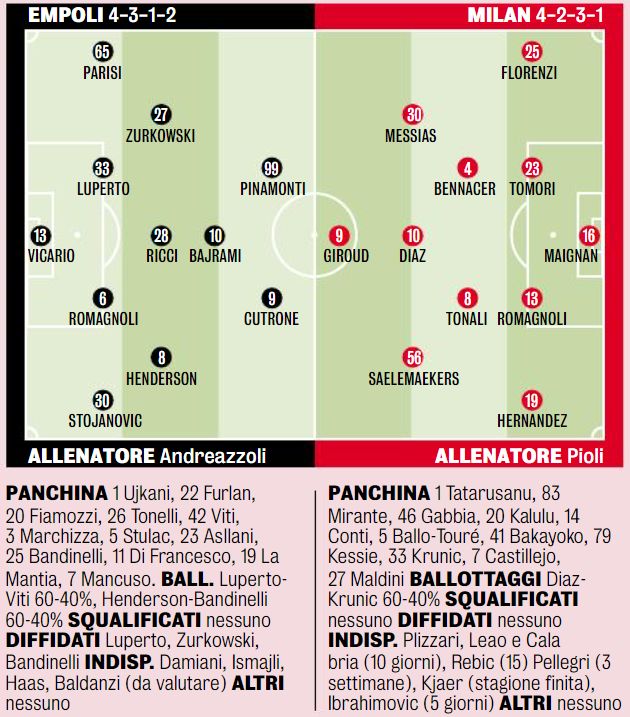