GdS: Probable XIs for Milan vs. Juventus – Krunic expected to start over Bennacer

AC Milan face arguably their biggest home game of the season tonight when they ‘welcome’ Juventus to San Siro, hoping to respond in the best way to the Spezia defeat.

According to what is being reported by La Gazzetta dello Sport, Mike Maignan will be the goalkeeper for the Rossoneri with Davide Calabria returning as the right-back for his first start in months. Pierre Kalulu retains his place at centre-back alongside the returning Alessio Romagnoli, plus Theo Hernandez on the left.

Sandro Tonali is back from suspension to take up a place in the double pivot again with Rade Krunic expected to get the nod as well over Tiemoue Bakayoko. Regarding the attack, Junior Messias and the in-form Rafael Leao should occupy the wings with Brahim Diaz the playmaker and Zlatan Ibrahimovic leading the line. 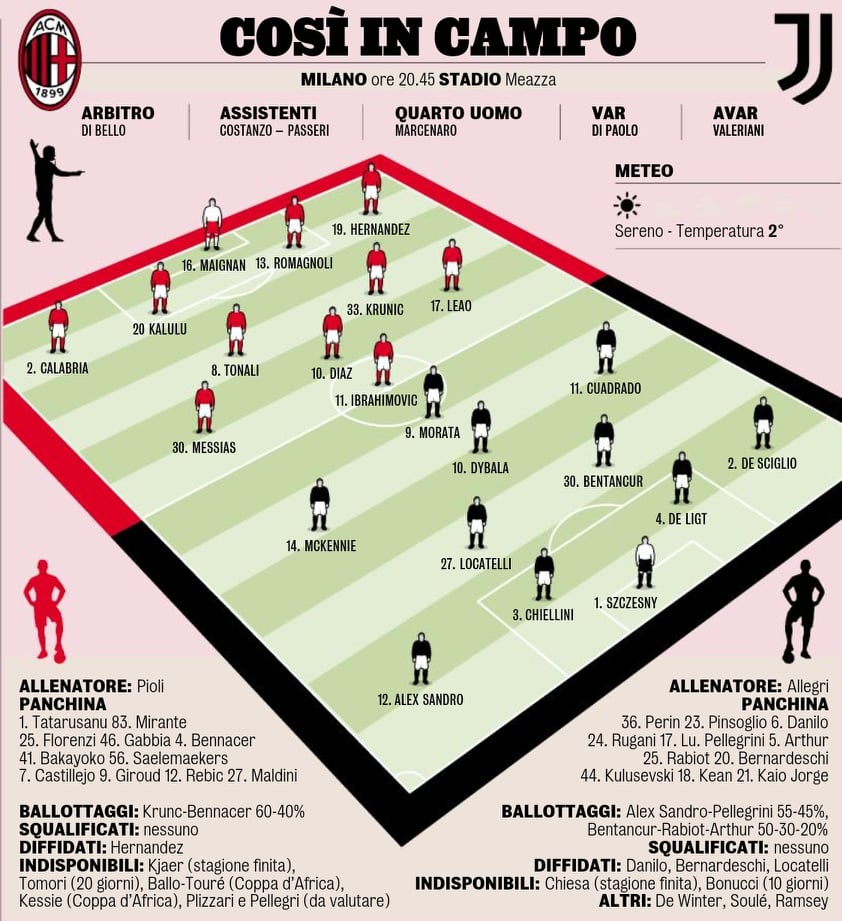