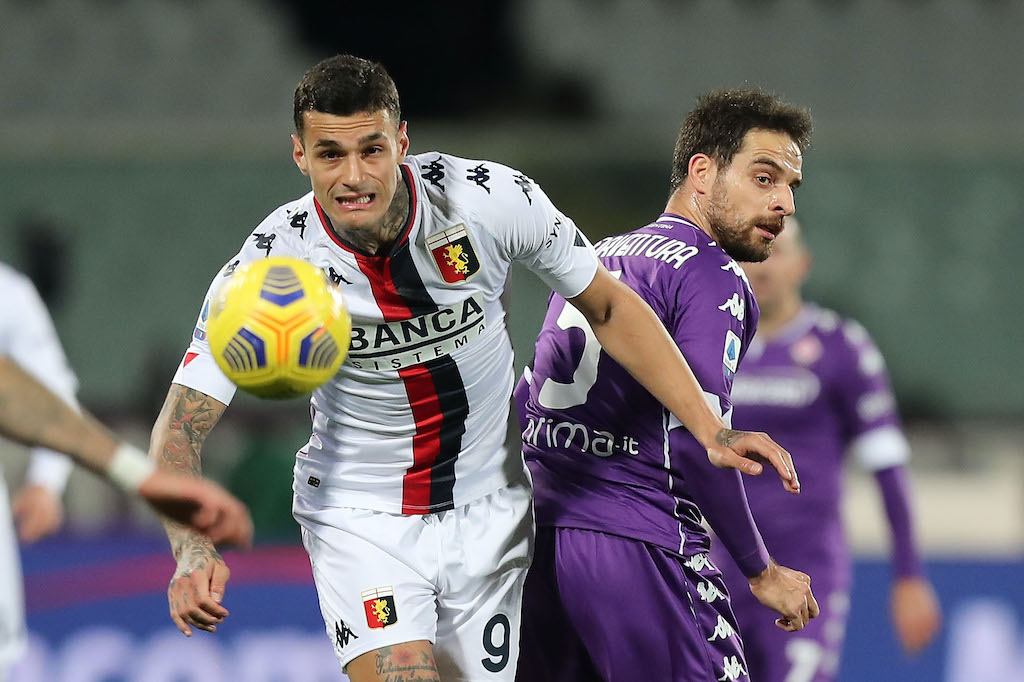 AC Milan appear to be pushing on with the idea of signing a deputy to Zlatan Ibrahimovic, a report claims, with Gianluca Scamacca a concrete target.

According to Tuesday’s edition of La Gazzetta dello Sport (via MilanLive), the Rossoneri are keen on signing Scamacca but there is a problem regarding his situation given that he is owned by Sassuolo but on loan at Genoa for the season.

Sassuolo want €25m to sell the Italy U21 international and if the Grifone are to lose the target man then they would like compensation, but Milan have two players in particular that are of interest to their president Enrico Preziosi.

Genoa was Mateo Musacchio to strengthen the centre-back department. The Argentine has a contract expiring next June but is no longer part of the plans and can thus can leave as early as January.

Another member of the Milan squad that the Rossoblu like is 18-year-old striker Lorenzo Colombo, whose path would be further obstructed by the arrival of Scamacca.