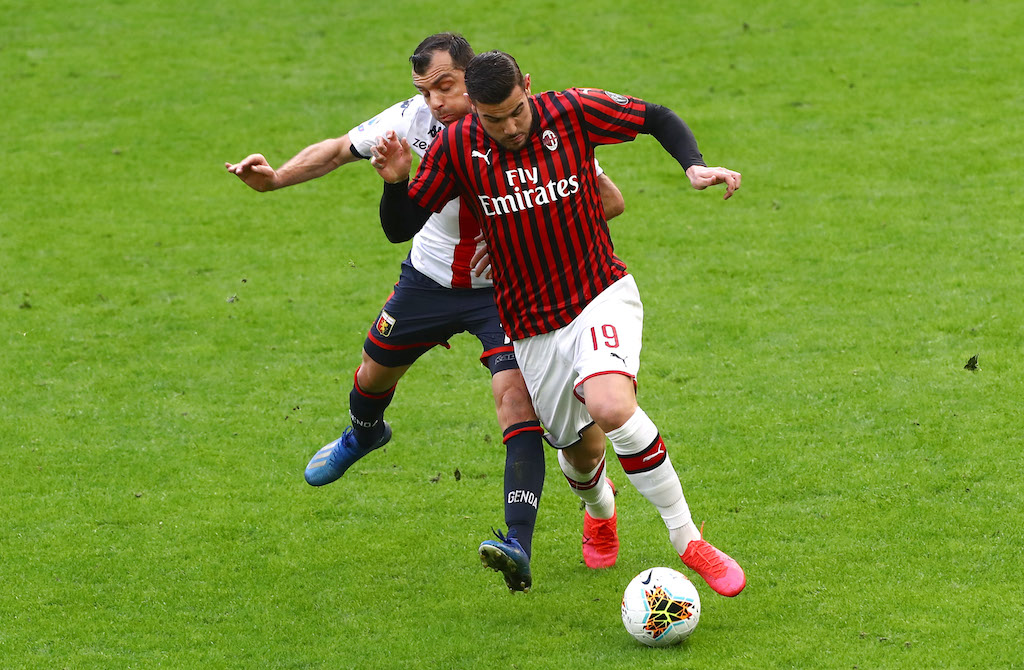 Only four AC Milan players were given acceptable ratings by La Gazzetta dello Sport during Sunday’s defeat to Genoa at an empty San Siro.

Ultimately it would be two first half goals that would be the undoing as Goran Pandev and Francesco Cassata struck to down the Rossoneri, rending Zlatan Ibrahimovic’s late strike just a consolation.

Asmir Begovic was saved with a rating of 6/10 by La Gazzetta (via MilanLive), but it was a 5 for Andrea Conti who has some responsibility for both the first and second goals, while it was a 5.5 for Matteo Gabbia and Alessio Romagnoli.

Surprisingly, a 4.5 rating for Theo Hernandez made him the worst on the pitch: the Frenchman was overwhelmed by Sanabria on the first goal and struggled to guard his man.

The midfield wasn’t much better either. It was a 5 on the report card for Frank Kessie, a 5.5 for Ismael Bennacer, a 4.5 for an unusually lethargic Samuel Castillejo, a 6 for Calhanoglu and a 5 for Ante Rebic.

The only one of the starting XI to come away with an above average score was Zlatan Ibrahimovic (6.5).

For the subs, it was a 6 for Bonaventura who came on and showed attacking endeavour, while Rafael Leao got a 5, and head coach Stefano Pioli got a 5 – though the defeat was accredited to the uncertainty off the field.