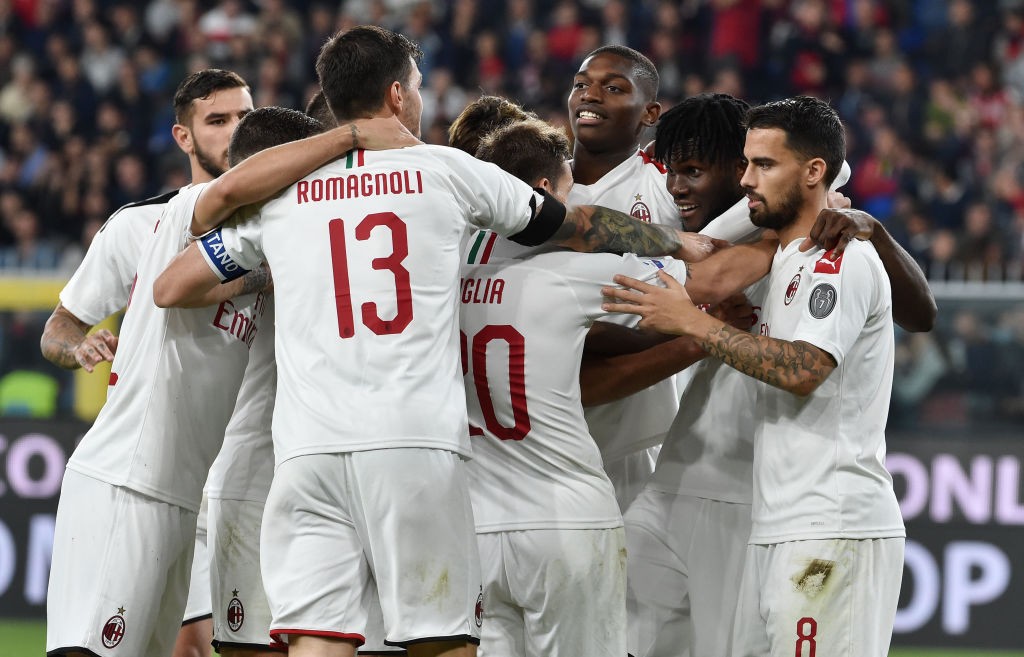 AC Milan still failed to win over their critics in Saturday night’s 2-1 win over Genoa at the Marassi, in particular La Gazzetta dello Sport.

The Rossoneri put an end to their three-game losing streak in a dramatic encounter, which included two penalties, two red cards and three goals.

Lasse Schone’s free-kick had given Genoa the lead, but Theo Hernandez and Franck Kessie (penalty) gave Milan a 2-1 lead.

It appeared that it would evaporate into thin air when in added time the referee awarded a penalty for a foul by Pepe Reina, but the Spaniard saved the spot kick to preserve all three points.

Sunday’s edition of La Gazzetta dello Sport focuses on individual player performances, criticising Davide Calabria for his sending off by giving him a 4.

Lucas Paqueta was given a 7 and the honour of being Milan’s highest rated player, while Reina and Alessio Romagnoli both got 6.5s, as did Hernandez.

Leo Duarte – making his first start for the club – got a 5.5, while midfielders Kessie and Lucas Biglia each got 6s.

Hakan Calhanoglu was once again ineffective and scored 4.5, and it was another tough night for Suso and Krzysztof Piatek who each got a 5.

Rafael Leao impressed again off the bench, scoring a 7, while the returning Giacomo Bonaventura got a 6. 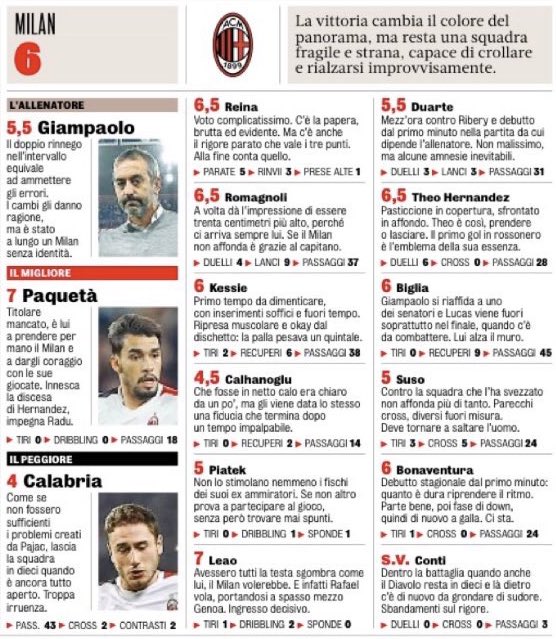