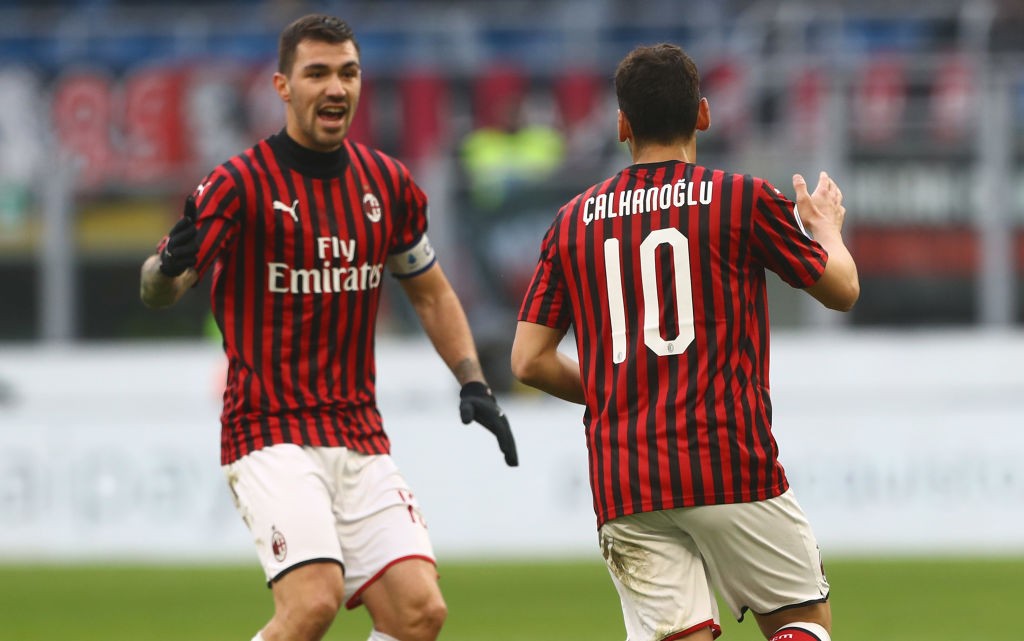 AC Milan captain Alessio Romagnoli and goalscorer Hakan Calhanoglu shared the honours of being the Rossoneri’s best performers in the draw against Verona, as per La Gazzetta dello Sport’s player ratings.

It was a frustrating encounter on Sunday afternoon at San Siro as Calhanoglu’s free-kick cancelled out Davide Faraoni’s opener, but Milan could not find a way to score a second despite even playing the last 20 minutes with a man advantage.

In the end, the absence of several key players would be felt; namely Simon Kjaer, Andrea Conti, Ismael Bennacer, Rade Krunic and of course Zlatan Ibrahimovic.

According to La Gazzetta dello Sport’s player ratings (via MilanNews.it), Romagnoli deserved the title of best on the pitch against Verona, the Milan captain getting a 6.5/10 for a solid performance at the back.

The same was also awarded to Calhanoglu who scored the equaliser on a free kick, while Gianluigi Donnarumma, Mateo Musacchio and Franck Kessie each got a 6.

Half a vote less for all the others (Calabria, Theo Hernandez, Bonaventura, Castillejo and Rebic), except for Leao who took a 5 for being ineffectual without Ibrahimovic by his side.