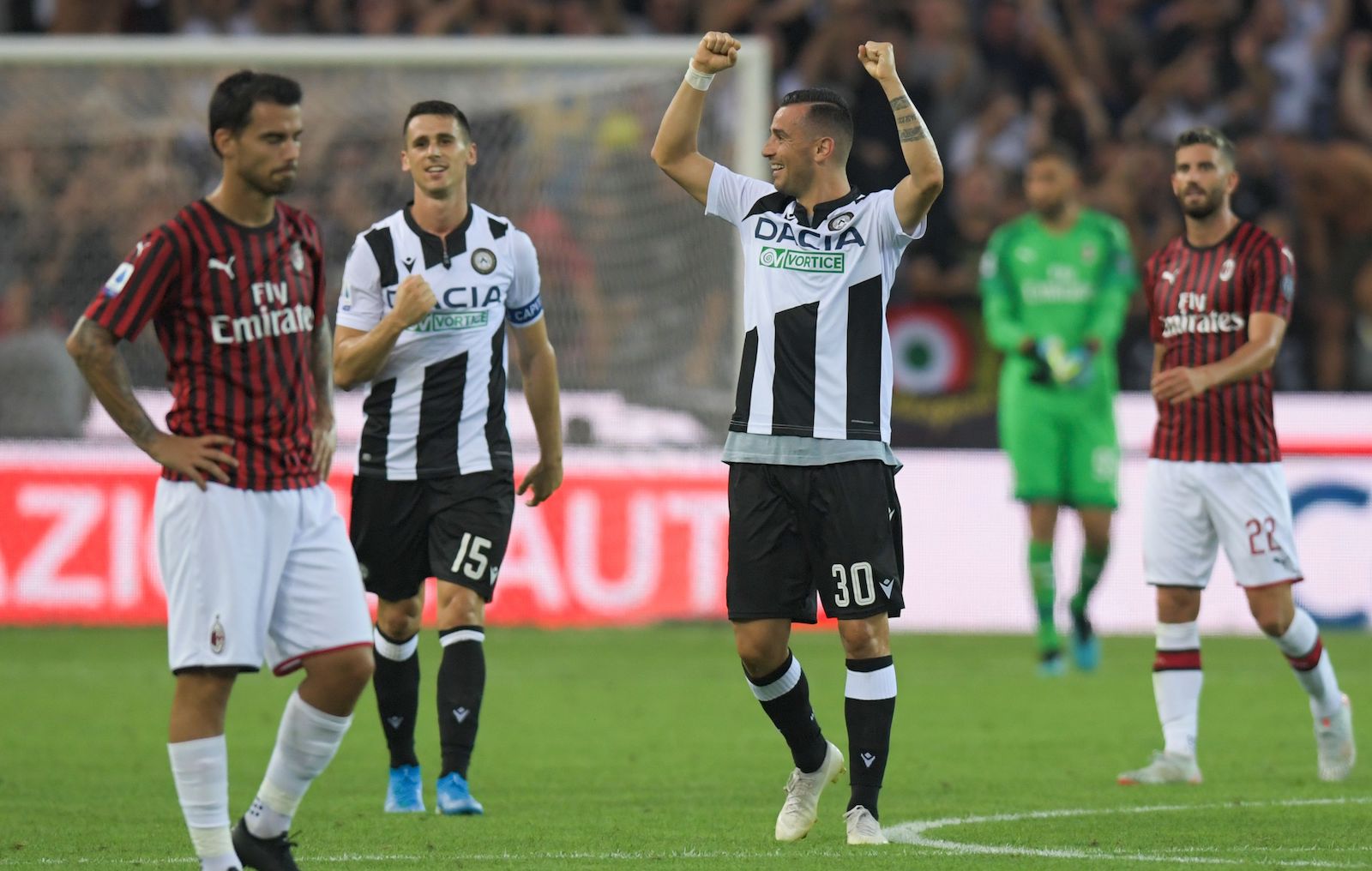 Monday’s edition of La Gazzetta dello Sport (via MilanNews.it) did not hold back in their assessment of AC Milan’s performance against Udinese.

The Rossoneri slipped to a 1-0 defeat at the Stadio Friuli on Sunday evening as Rodrigo Becao’s second-half header proved to be the difference between the two sides.

Milan produced a lethargic and altogether disappointing performance with no shots and target and no real positives to take from the game.

The signs were so worrying that head coach Marco Giampaolo told Sky Italia after the game (via Football Italia) that he is considering switching to a 4-3-3 formation.

La Gazzetta dello Sport have compiled their player ratings for Milan’s showing in Udine, highlighting Gianluigi Donnarumma as the Man of the Match.

The worst performer was Krzysztof Piatek, who received a rating of 4 as his goal drought continues, while Giampaolo also got a 4 as “the underlying softness is unacceptable”.

Hakan Calhanoglu – who was deployed in the unfamiliar position of regista – got a 4.5, while six other players scored 5, namely  Davide Calabria, Ricardo Rodriguez, Fabio Borini, Suso, Samu Castillejo and Franck Kessie.

Lucas Paquetà and Alessio Romagnoli were rated 5.5 by La Gazzetta, while the only other player besides Gigio to get 6 or above was Mateo Musacchio – who was awarded a 6.