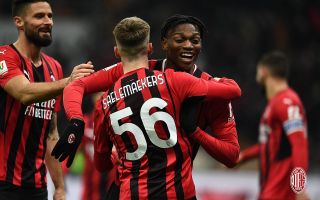 It was not a night full of sparkling performances for AC Milan during their win against Genoa in the Coppa Italia last night, but some players emerged with positive assessments.

La Gazzetta dello Sport (via MilanNews) have published their player ratings this morning and they wax lyrical about substitute Rafael Leao, who was decisive in helping the Rossoneri get over the line after a very turgid opening 60 minutes or so, hence why the Portuguese got a 7.5 out of 10.

Theo Hernandez (two assists) and Olivier Giroud each got a 7, with the latter having scored the goal to make it 1-1 with a beautiful header, while they gave a 6.5 to Matteo Gabbia, Pierre Kalulu, Sandro Tonali, Alexis Saelemakers and Alessandro Florenzi.

A 6 was awarded to Mike Maignan, Fikayo Tomori and Brahim Diaz, while a 5.5 was given to Tiemoue Bakayoko and Daniel Maldini. Finally, the performances of Rade Krunic, Junior Messias and Ante Rebic were disappointing and only worthy of a 5. 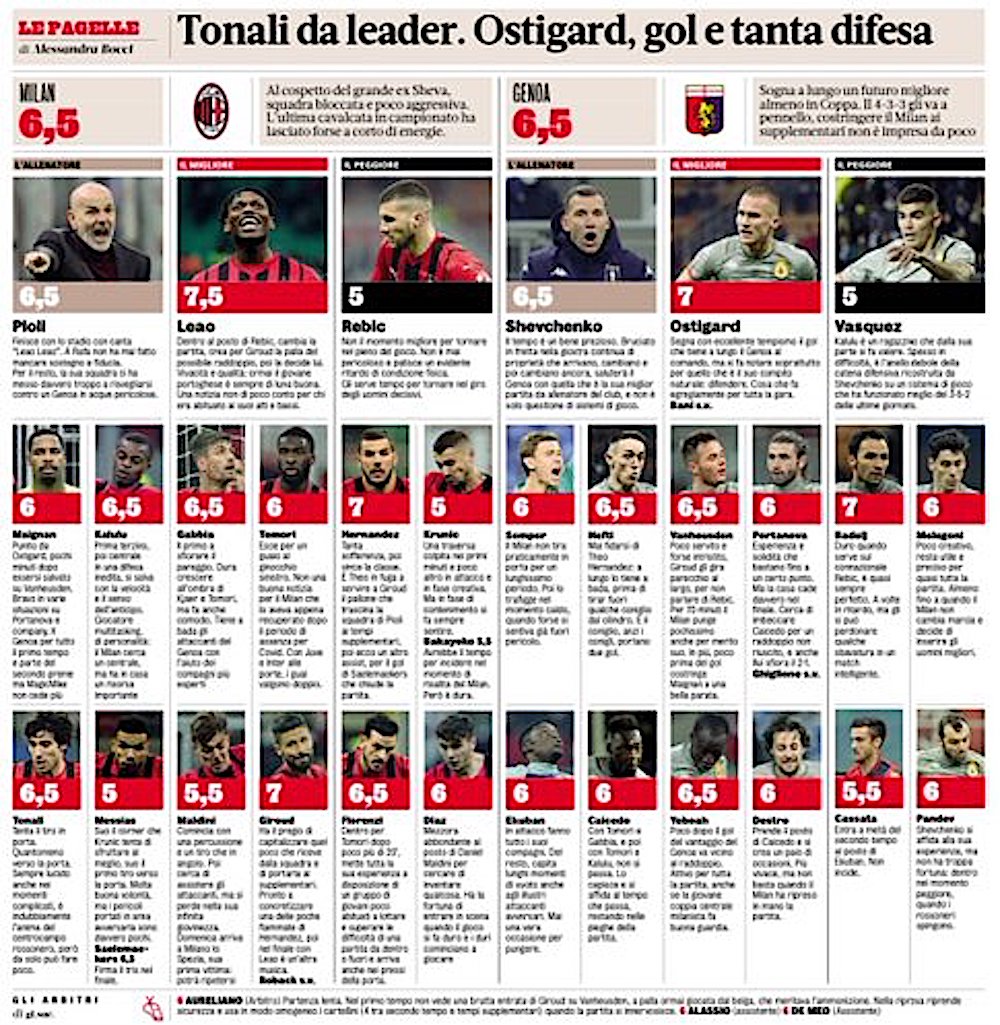 READ MORE: Pioli admits he was ‘not able to stimulate’ his side and gives information on Tomori’s problem