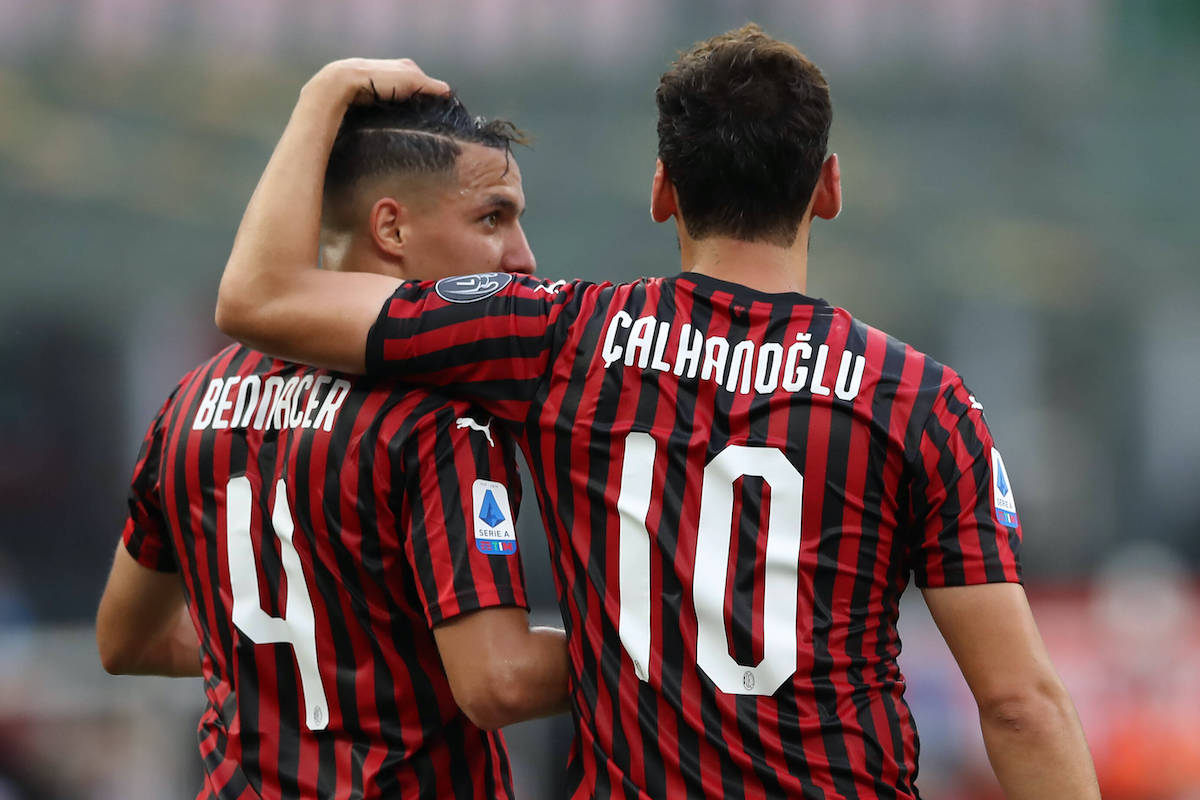 GdS: Milan rely on Bennacer and Calhanoglu to fire – Pioli works on their recovery

If AC Milan are to recover from Saturday’s defeat to Spezia and get a positive result in the derby, they need two of their central pillars to get back to their best.

There was a lot of optimism prior to kick-off about the return of Ismael Bennacer and Hakan Calhanoglu to the starting XI, with the former having been out since before Christmas with a muscle problem and the latter having contracted Covid last month.

As La Gazzetta dello Sport writes (via MilanNews), there was no doubt some worry when Stefano Pioli managed to reconnect the Algerian and the Turk after two months apart and Milan did not get anything going at all.

The paper adds though that neither of them have recovered fully after the forced stop, but the coach needs to let them play to get them back in top form soon. Bennacer and Calhanoglu are too important for Pioli, because of the nature of the work the former does in the recovery of the ball and build-up of attacks, and the decisive and incisive nature of the latter.

Two other fundamental players in Alexis Saelemaekers – who gave the team a precious balance – and Franck Kessie, are also unique in the Milan squad. When the Ivorian slowed down, the whole of Milan slowed down. With Inter on the horizon, they must all warm up again.