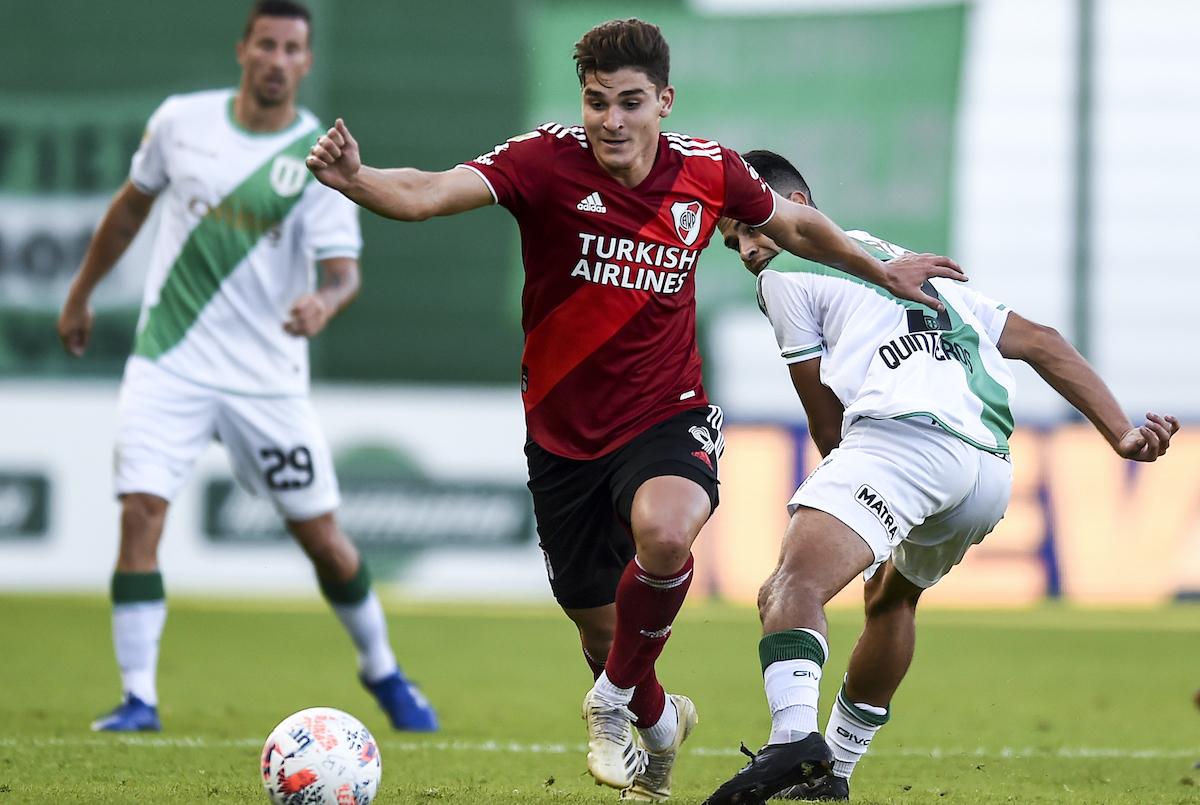 AC Milan have put River Plate striker Julian Alvarez in their sights and sent a scout to watch him score a hat-trick over the weekend, a report claims.

La Gazzetta dello Sport are reporting that a Milan scout was present at the Monumental in Buenos Aires especially to watch Alvarez, who will have certainly left an impressed given he scored all three goals for River in a 3-1 win. In doing so, he moved onto 10 goals in 16 games for the season.

At the age of 21 he is showing incredible potential and ability, while Los Millonarios secured him with a €25m release clause, but this has not put off his many suitors. His agent Fernando Hidalgo will certainly be busy in the coming months, while Alvarez himself looks at Serie A with great curiosity and admiration as the next possible step for his career.

He has certain Italian ancestry, but due to Covid passport procedures are very slow. “The courtship of Milan fills his thoughts, knowing full well that in the Italian league he would gladly play in all attacking roles,” the report adds.

READ MORE: How Milan can still qualify for the Champions League knockout stages