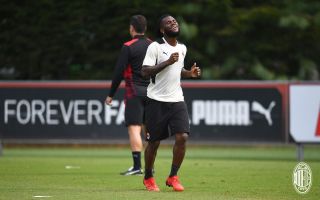 GdS: Milan set a limit they are willing to go to in negotiations over Kessie’s renewal

The Milan management have set themselves an upper limit in terms of the amount they are willing to offer Franck Kessie, according to a report.

Milan have been locked in talks with Kessie and his entourage over the extension of his current contract which has a deadline of June 2022, but so far they have not made much progress due to a gap between offer and demand, it seems.

This morning’s edition of La Gazzetta dello Sport (via PianetaMilan) writes that Milan have set a limit that they are willing to go to in the Kessie negotiations, and that is €6m net per year.

Due to this it is highly probable that the renewal will not take place and Kessié seems destined to end the season with the Rossoneri and then go away for free, because other clubs are willing to satisfy his demands which are above the amount Maldini, Massara and Gazidis have set.