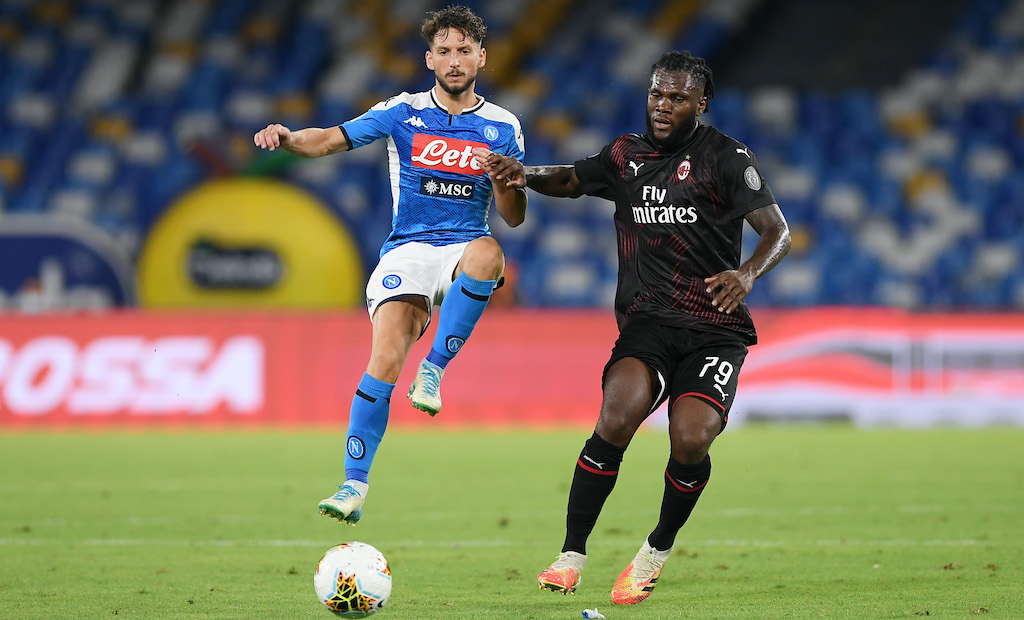 AC Milan have absolutely no intention of selling midfielder Franck Kessie this season despite links with a move to Inter, a report claims.

Gianluca Di Marzio recently told Sky Italia that Inter could revisit the idea of signing him as Conte wants more muscle in his midfield. Meanwhile, FcInterNews confirmed that the Ivorian is a player that Inter like.

However, La Gazzetta dello Sport (via Calciomercato.com) are reporting on Monday that Kessie – despite admiration from Inter – is destined to remain at Milan beyond the summer.

The Rossoneri deem the former Atalanta man to be completely unsellable after an impressive stretch of games since Serie A returned. Kessie has formed a very effective double pivot alongside Ismael Bennacer, something the club clearly want to keep into next season.