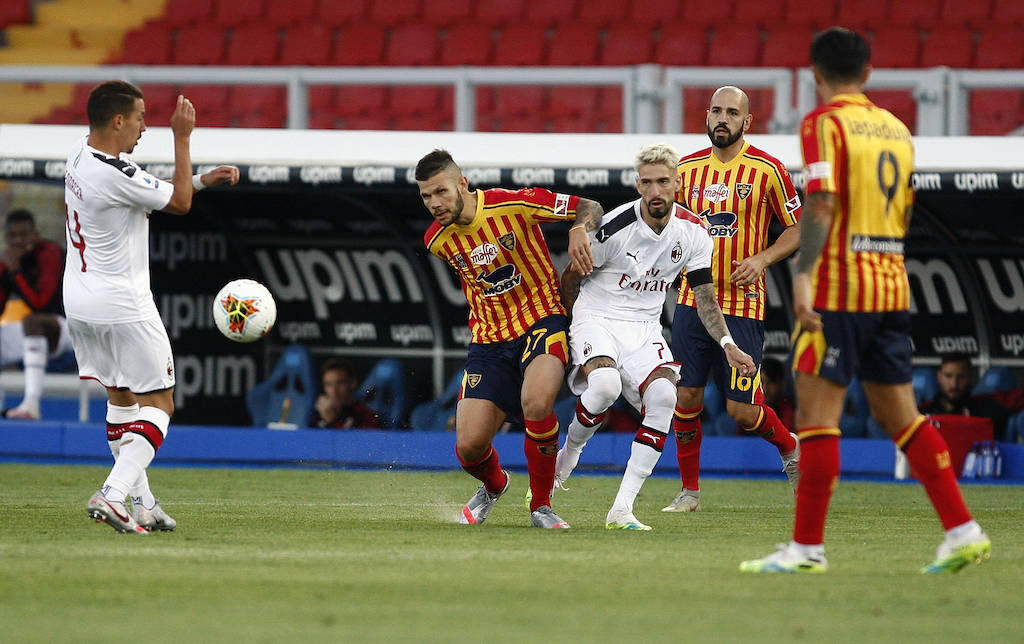 AC Milan winger Samu Castillejo has been singled out for special praise by Tuesday’s edition of La Gazzetta dello Sport for his performance against Lecce.

The paper (via MilanNews) notes how the Spaniard’s trickery and creativity was missed during the Coppa Italia semi-final second leg against Juventus, a game which he missed through suspension.

Against Lecce it was seen just how important Castillejo is in the 4-2-3-1 system adopted by head coach Stefano Pioli in recent months.

His ability to both attack and defend tirelessly and cover the whole wing is fundamental for Milan’s set-up. After being Suso’s deputy up until Christimas, Samu has entered Pioli’s mechanisms to become an indispensable player.

He is always in a hurry, creates chance and is always positive in his attitude, and he was rewarded in the 4-1 victory against Lecce as he scored his first league goal of the season.

He scored a 6.5 out of 10 in our player ratings, with the following comment: “Looked a bit rusty and clumsy, but created many chances for his teammates and managed to score the opening goal. Dropped off a bit towards the end after what was a promising start.”