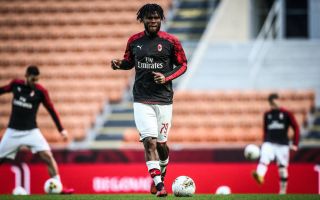 GdS: Milan take steps forward in talks over Kessie’s renewal – what is crucial to close

AC Milan and Franck Kessie have the mutual desire to extend his contract which expires next year, but now this must be turned into pen on paper.

This morning’s edition of La Gazzetta dello Sport (via MilanLive) writes that Paolo Maldini and Frederic Massara are happy that the Ivorian publicly declared his intentions to stay but now they must meet with George Atangana and find an agreement. There have been direct contacts and small steps forward in the negotiations, with confidence filtering that the outcome will be positive.

Either today and tomorrow new talks are expected between the Milan management and Kessie’s agent, with directors Maldini and Massara having come close to €6m net per season demands from Kessie and his entourage. Now the bonuses remain to be defined and that could well be the definitive issue.

Atangana cannot push Milan too much with his client having already made his will clear in public, while the Rossoneri know they have to pay an important salary and are making a huge financial effort.