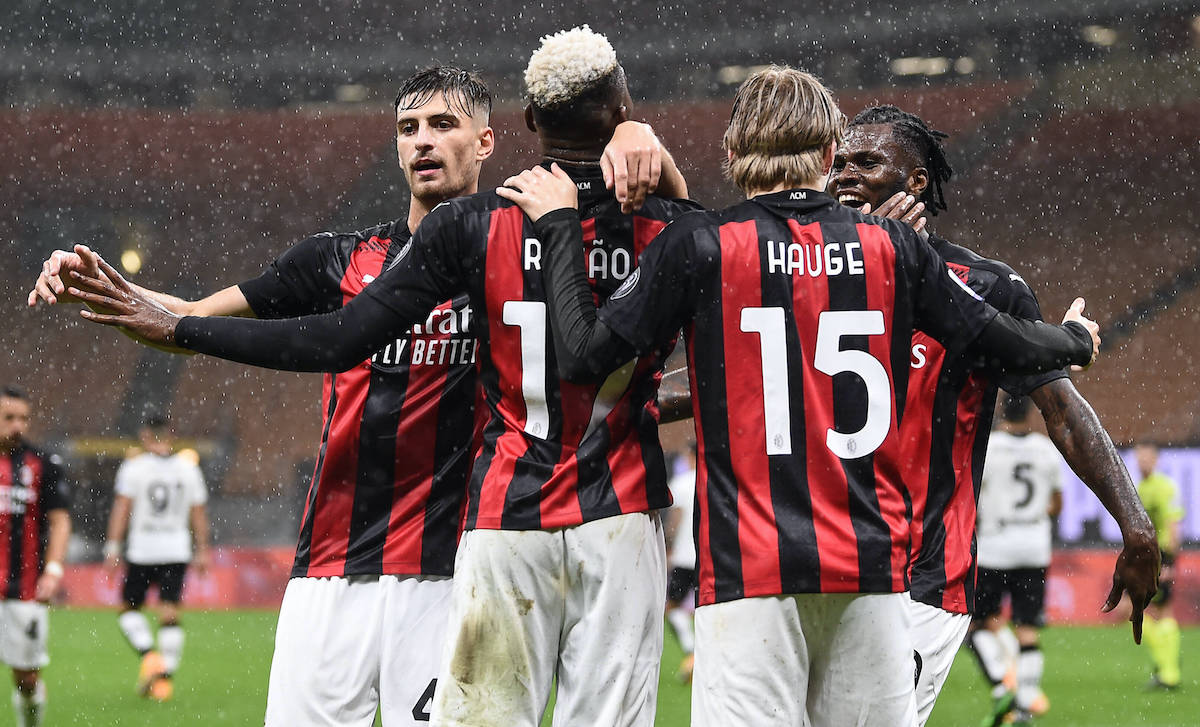 AC Milan have been one of the youngest teams in Europe this season as Elliott Management’s youth project is there for all to see.

La Gazzetta dello Sport reports how against Spezia on 10 October, Milan took to the field with an average age of 22.8 years. More generally, if we calculate using the usual starting XI, the Rossoneri have an average age of 24 years and 323 days. In absolute terms they are the third youngest team in Europe in the ‘top five’ leagues after Nice and Stuttgart, but the youngest to boast third place in the standings (Monaco are also third, but has an average of 25 years and 63 days).

Among the top 10 only RB Leipzig (9th in terms of youngest average age) are in a higher position in the table (second in the Bundesliga with its 25 years and 203 days). If you look down Milan’s squad the year of birth reads ’96, ’97, ’98 and sometimes even younger.

The report adds how – together with Mihajlovic’s Bologna – Milan are the squad to have the most U23 goal scorers with six: Leao leads with 6 goals, then Diaz with 4. Saelemaekers (2), Hauge (2), Kalulu (1) and Dalot (1) close the list.