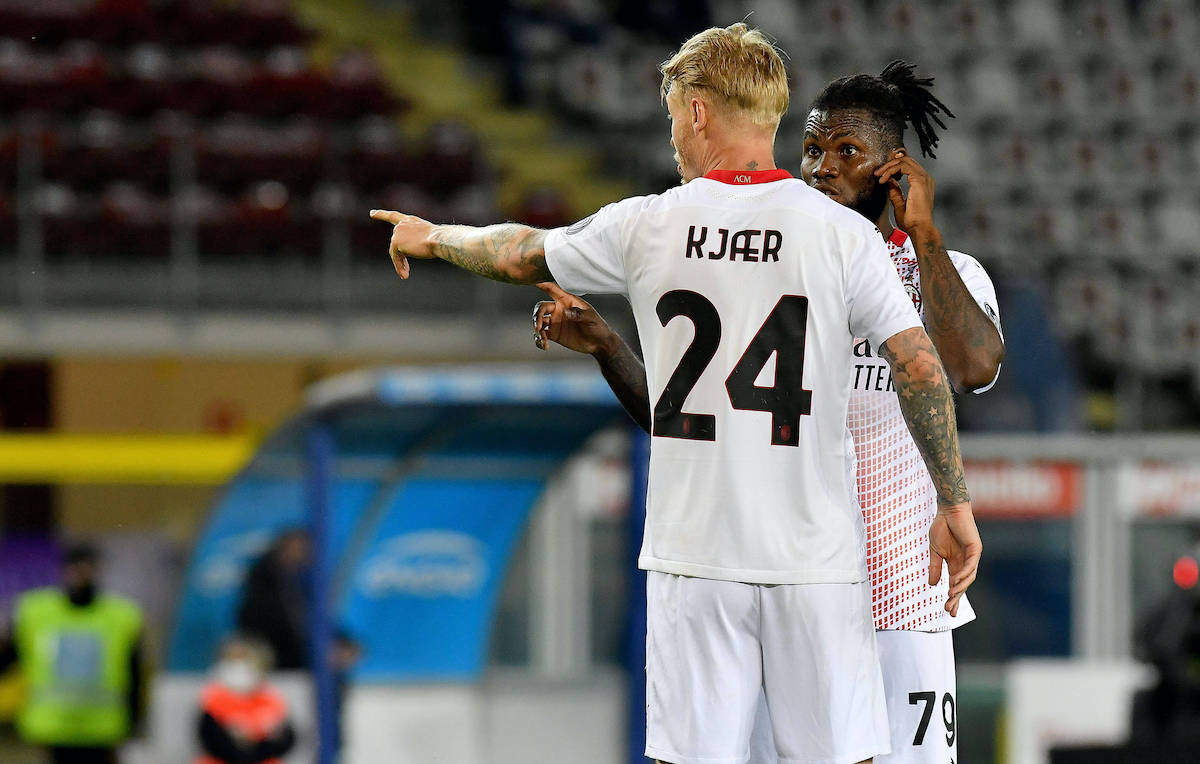 GdS: Milan to accelerate talks over renewal of key duo with pay rises on the cards

AC Milan are ready to try and accelerate talks over the renewal of two of their key players, according to a report.

As La Gazzetta dello Sport writes (via MilanLive), Milan will soon try and reach an agreement with two players whose contracts are expiring in 2022, namely Simon Kjaer and Franck Kessie. The Dane could return to the field tonight against Real Madrid after the Euros, while Kessie will return from the Olympic Games in Tokyo soon.

Regarding Kjaer, Milan have three choices. The first is a two-year renewal, while the second is a one-year agreement with the defender and then they can evaluate a subsequent extension. The third is to renew Kjaer until 2024, so as to trigger the tax relief deriving from the Growth Decree, but either way the club plan to give him €1.5m net per season, a raise from the current €1.2m.

Kessie’s situation is different, because even though the Ivorian wants to stay at Milan, he will have to meet the club who have offered €6m net per year plus bonuses while the current demand is €7m.

The player should return to Milanello tomorrow after the extra holidays granted by the club, and that is when the decisive acceleration could arrive.

READ MORE: Ilicic’s will is clear but Milan reach stalemate in negotiations with Atalanta – the latest