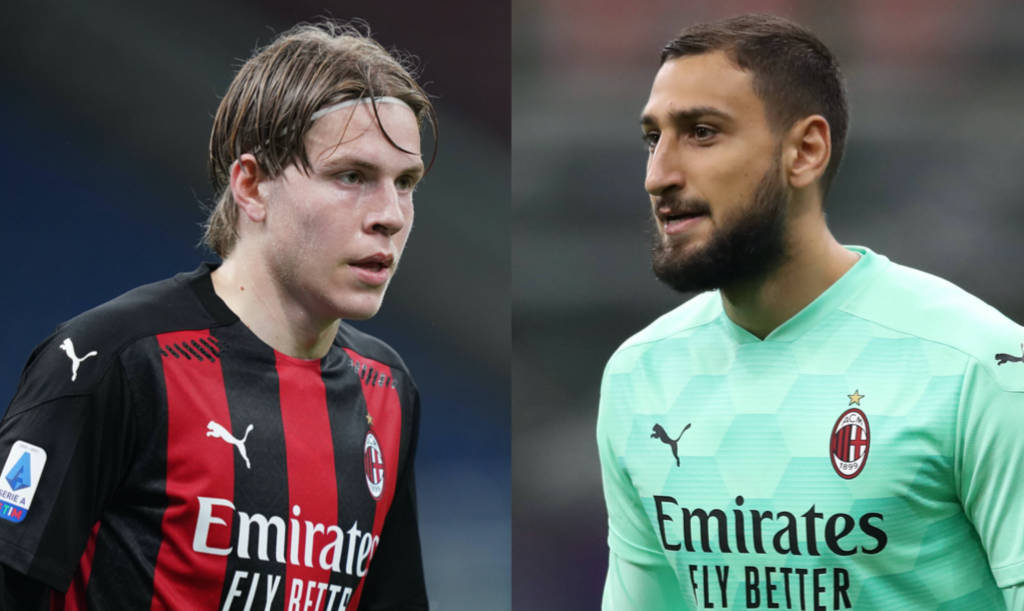 GdS: Milan to be without Donnarumma and Hauge for two more games – a bubble is risked

AC Milan look set to be without Gianluigi Donnarumma and Jens Petter Hauge for at least the next two matches, and even risk a bubble situation.

It was confirmed earlier today via a statement on the official website that after undergoing tests last night Donnarumma, Hauge and three coaching staff members have tested positive for COVID-19.

As La Gazzetta dello Sport writes on Tuesday (via MilanLive), the two players are feeling well, are asymptomatic and are already in quarantine at home as per the protocol established.

However, given that Milan have now had quite a few COVID cases with Leo Duarte, Zlatan Ibrahimovic and Matteo Gabbia all having had the virus, Milan now risk a ‘bubble’ situation. That is an isolation system that would force players, technical and medical staff to remain at the Milanello sports center for at least ten days.

It is seen by Lega and the CTS as a last resort, and for the time being Milan will still be able to keep using the system of self isolation for any further players who are infected.

Donnarumma and Hauge will miss the next two matches against Sparta Praha and Udinese, scheduled for Thursday and Sunday, and are hoping to test positive in the shortest possible time.