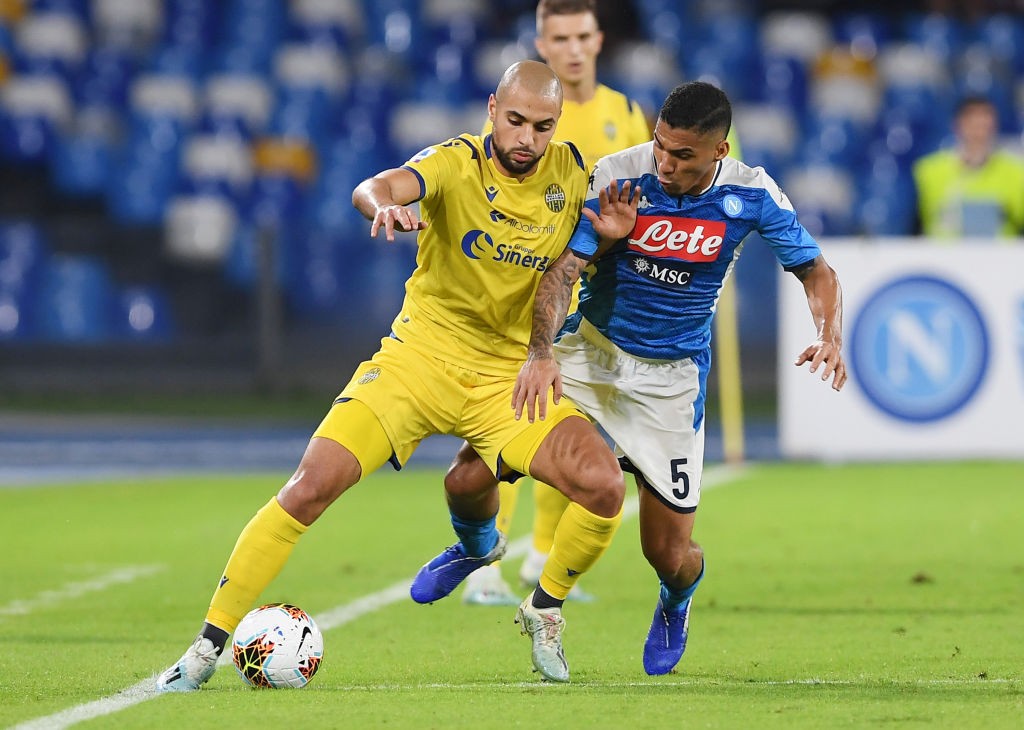 AC Milan will have a scout present at Hellas Verona’s game against Atalanta this weekend with a midfielder reportedly having caught their eye.

It is expected to be a busy January window for the Rossoneri, who have struggled to start the season and currently occupy a spot in the bottom half of the Serie A table.

One area where there could be movement is in midfield, and La Gazzetta dello Sport journalist Nicolo Schira has claimed that Milan will scout Verona’s Sofyan Amrabat on Saturday.

The 23-year-old Morocco international began his career in the Netherlands before moving to Italy, and has played in all 14 of Verona’s league games so far this season.

Schira adds that Napoli are interested in Amrabat and have a ‘draft agreement’ with the player on personal terms – a five-year deal worth €1.4m annually.

The Partenopei are yet to reach an agreement with Hellas though, but they have placed a €12m offer.