AC Milan will be looking to end their season with a bang on Saturday night as they face Cagliari at San Siro in the final game of the 2019-20 campaign.

Stefano Pioli will be without the suspended Ante Rebic for the curtain call, during which Milan will wear their new home shirt for the first time, as well as injured trio Mateo Musacchio, Andrea Conti and Alessio Romagnoli.

La Gazzetta dello Sport are reporting that it will be the same back four to face the Sardinians as the one that beat Samp, with Calabria, Kjaer, Gabbia and Theo Hernandez protecting Donnarumma, who will be captain again.

Bennacer and Kessie will be the double pivot in midfield, with Saelemaekers, Calhanoglu and Rafael Leao from right to left supporting Ibrahimovic in attack. 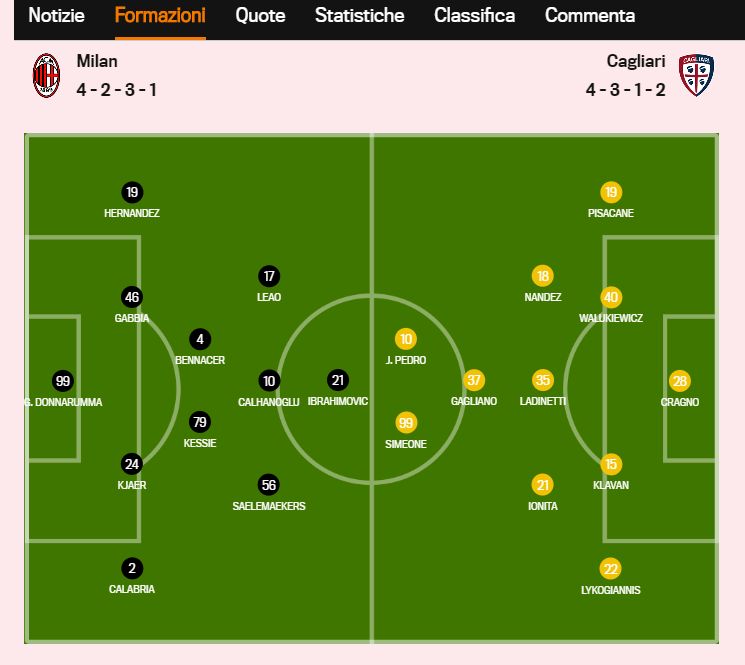