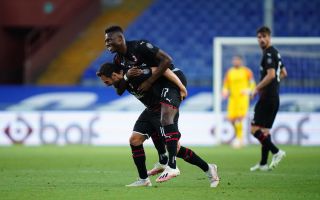 After beating Sampdoria away from home, AC Milan are now gearing up for the final game of the season, taking on Cagliari at San Siro. Fifth place may be out of reach, but the Rossoneri want to finish on a strong note.

Therefore, although they have secured their position, Stefano Pioli won’t make many changes to the starting eleven. According to Gazzetta Dello Sport (as pictured below), the manager will make just one, replacing the suspended Ante Rebic.

Rafael Leao will get the chance on the left-wing after scoring a goal last time out, looking to prove himself after mostly coming off the bench. Other than that, though, the starting eleven will remain unchanged.

Per the newspaper, there is a battle between Alexis Saelemaekers and Samu Castillejo for the spot on the right flank. The Belgian is ahead after starting almost all of games since the Spaniard got injured. 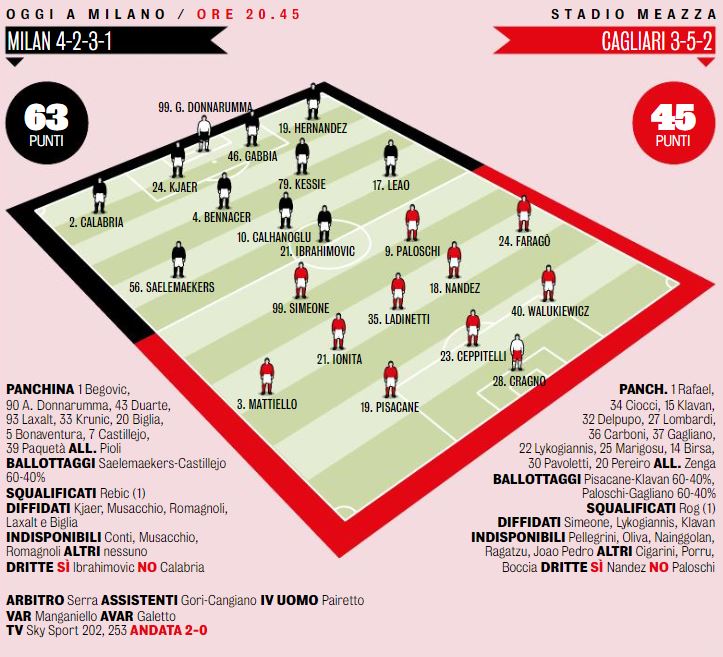