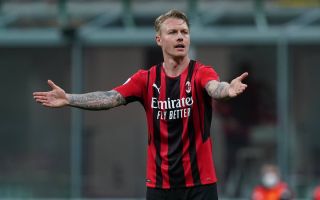 GdS: Milan willing to renew the contract as talks with Kjaer’s agent continue

Simon Kjaer has been a key player for Milan since he arrived in January of 2020, adding some much-needed experience to what is a young team. His contract will expire next year but talks are underway for a renewal.

The Dane is 32-years-old and perhaps doesn’t have that many years left in his career, one can imagine, but he’s still very important for Milan. Therefore, as reported by Gazzetta Dello Sport (via MilanNews), work is underway for the renewal.

There have been contacts between Milan and the agent of Kjaer, Mikkel Beck, and they have been very constructive. The idea of renewing the contract until 2023 is appealing to the player and the parties seem to be on the same page.

The Rossoneri consider him as a key figure in their project and thus want to renew the contract. The feeling is that there won’t be an issue to reach an agreement but also that there isn’t a huge rush.