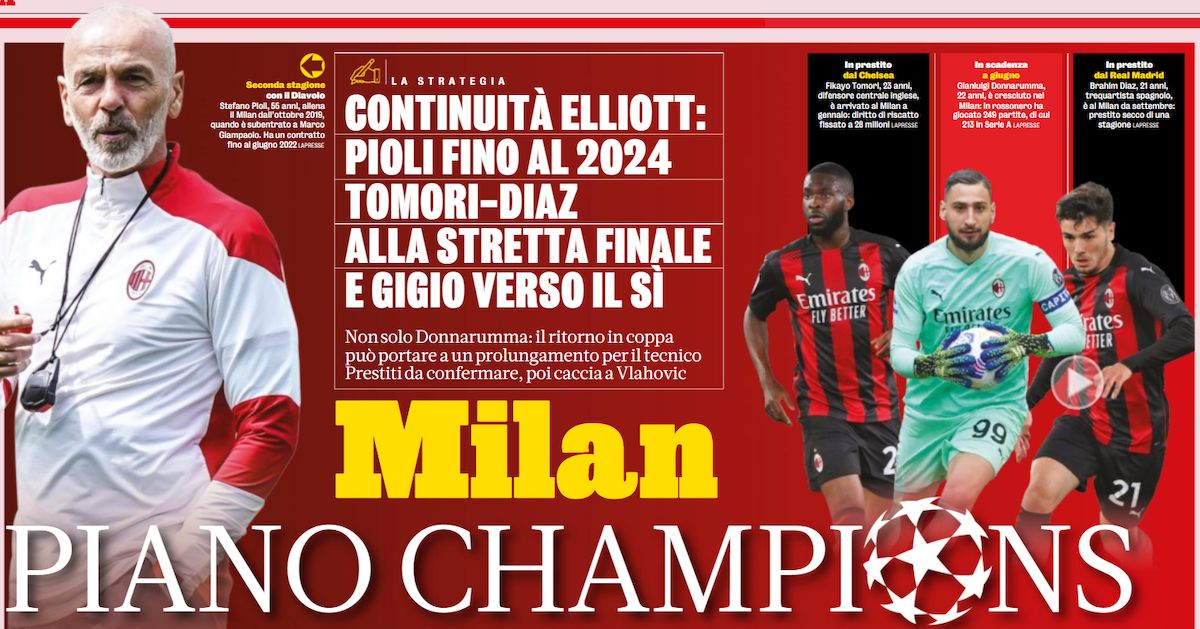 AC Milan already have a plan in place for is they were to secure a return to the Champions League after seven years away, a report claims.

According to La Gazzetta dello Sport, the Champions League would give a new impetus to a project already well underway and would help strengthen Elliott Management’s capabilities. It starts with Stefano Pioli, whose position has never been questioned. He has a contract until 2022 so: at the moment there is no urgency to talk about a renewal, but the management and owners agree to keep him at the helm.

Milan are also hoping to get the renewal of Gianluigi Donnarumma sorted and even though there is a €2m distance between offer (€8m net per season) and demand (€10m), Gigio is moving towards signing.

At the end of the season, the negotiations with Chelsea and Real Madrid for Fikayo Tomori and Brahim Diaz will also come alive. There are no longer any doubts about the permanent stay of the Englishman, while for the Spaniard it will be necessary to negotiate, given last summer a purchase option was not set.

Maldini and Massara will get to work for a centre-forward too, to give Pioli a real No.9 to support Ibrahimovic. Milan’s radars continue to move on Vlahovic and Scamacca, but other tracks are not to be excluded, perhaps abroad.