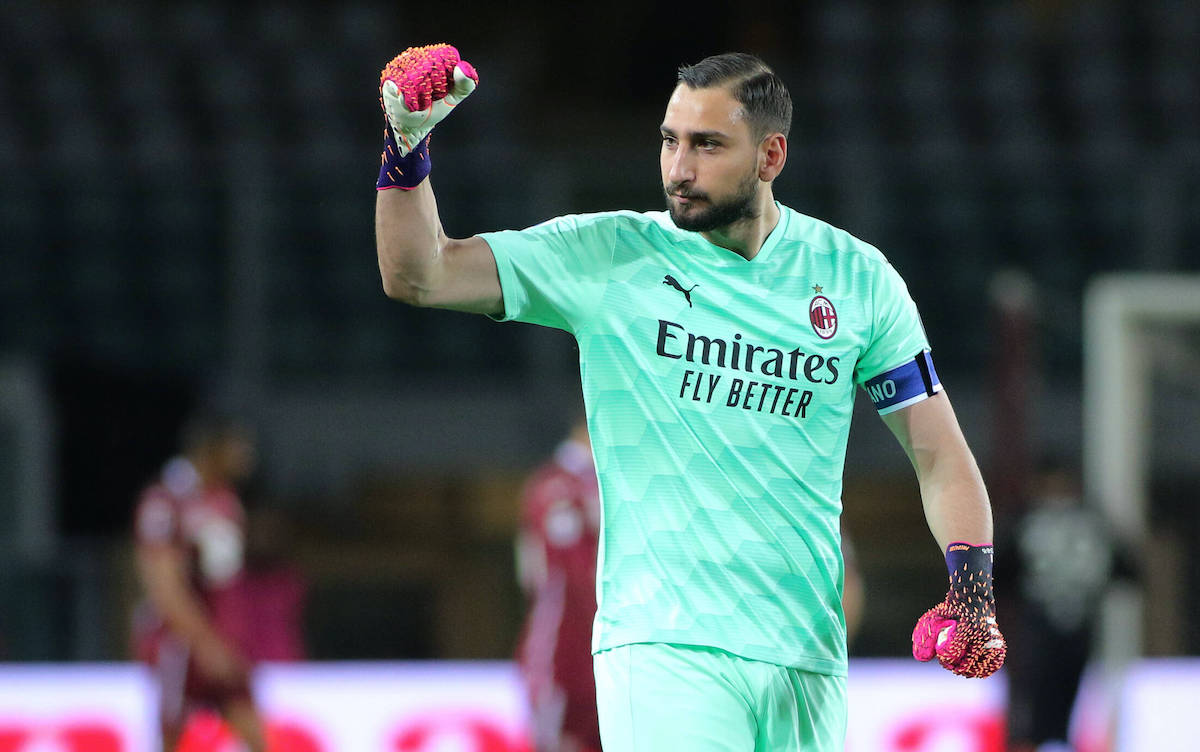 GdS: Milan’s gift for achieving UCL qualification could be Donnarumma’s renewal – the latest

AC Milan go into their final home game of the season knowing their fate and their future is entirely in their own hands.

As La Gazzetta dello Sport (via MilanNews) writes today, the Rossoneri don’t have to look at anyone’s results – they just have to beat Cagliari to be sure of participating in the Champions League next season. It is a target that is very important not only in terms prestige, but also economically as it would bring several million into the club’s accounts.

The “prize” for qualifying for the Champions League could be the renewal of Gigio Donnarumma, who has always given his priority to renewing with Milan and participation in the top European club competition could give the decisive acceleration in negotiations.

However, as Paolo Maldini stated earlier in the month everything is at a standstill because the Rossoneri are all focused on the season finale. The distance between offer and demand remains €2m, but a meeting point cannot be found thanks to the formula and duration of the contract such as a two-year contract with a release clause for example.

As soon as the season ends, the Milan management want to close the matter before the start of the European Championships and will meet with Mino Raiola.