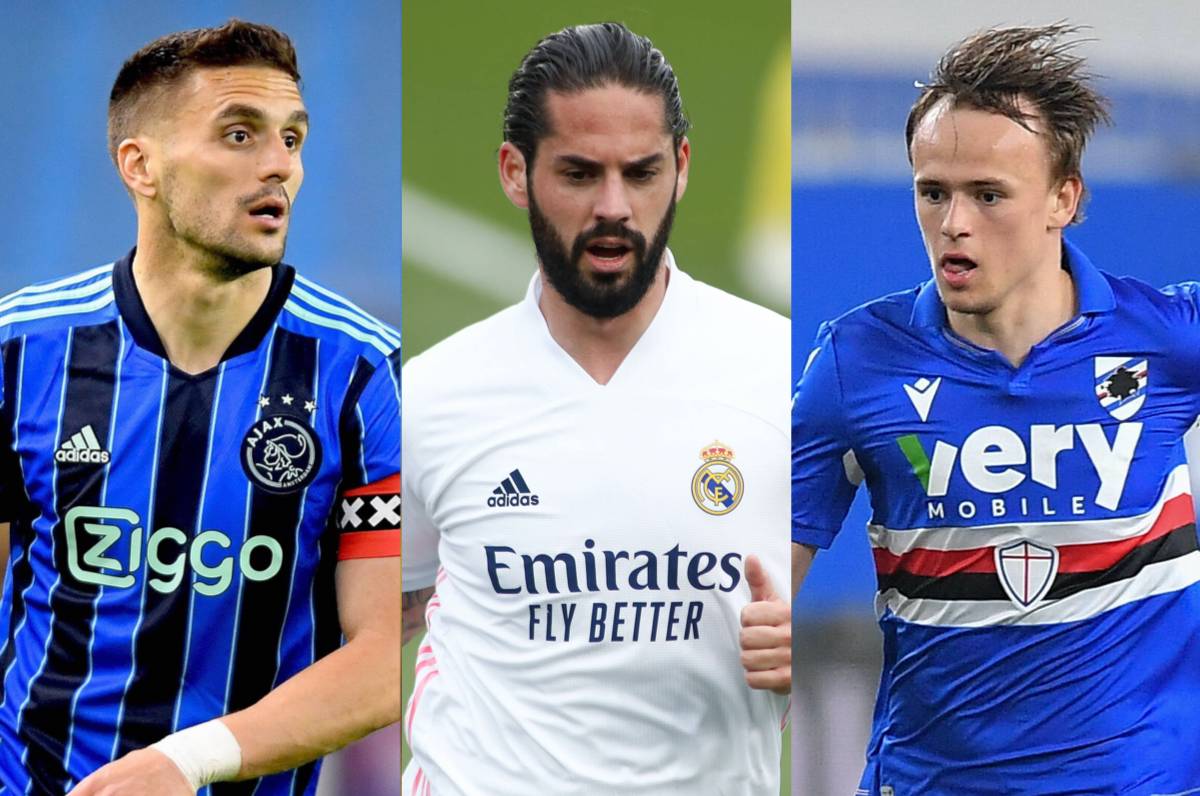 The casting for the role of attacking midfielder has begun for Milan, with four targets above all sticking out according to a report.

La Gazzetta dello Sport reports that evaluations and considerations are under way at Casa Milan as they search for Hakan Calhanoglu’s replacement, and they have narrowed the list down to four names who are leading candidates at the moment.

Isco: The Real Madrid playmaker is currently leading the rest, and despite being 29 he has had an illustrious career already with four Champions League titles. He has played 336 games and has scored 49 goals since joining from Malaga at the age of 21 for €30m, but now it seems his time with Los Blancos is over.

He amassed 29 games and no assists in the last season and Carlo Ancelotti does not seem interested in including him as part of the plans. In the past he cost too much for the Rossoneri, now a deal can be closed at €20m.

Dusan Tadic: The 32-year-old Ajax captain comes from a season with 22 goals and 26 assists but the Eredivisie giants have clearly declared ‘he is not for sale’. The player would be happy to make the move, but there is no discussion for the club.

He has played at Ajax for 3 years and has scored 76 goals in 146 games. He has won two Dutch championships, two cups and a super cup. Not only that, but the Serbia international can also play as a winger or as a striker if needed.

Mikkel Damsgaard: The 20-year-old is coming off the back of a breakthrough season at Sampdoria, who he joined a year ago from Nordsjaelland, the club that bid farewell him with a one-hour documentary film called “the kid”.

The price is high, at least €25-30m in fact, because Sampdoria has understood that they have a big talent on their books who could generate some huge capital gains. It’s the kind of business Elliott favours: a young and versatile profile with high potential. The possible sale of Leao could raise the money needed.

Hakim Ziyech: In 2018-19, with Ajax, he amassed 21 assists and this year he won the Champions League with Chelsea after his big money move there, but he showed only glimpses of what he did in Amsterdam with only 6 goals and 4 assists in 39 games.

Ziyech remains the dream for Milan, as Chelsea bought him last year for €40m, but Milan could think of the big shot, perhaps on loan with an option to buy.

READ MORE: Milan ready to move on from Giroud by the end of the week – the Plan B outlined