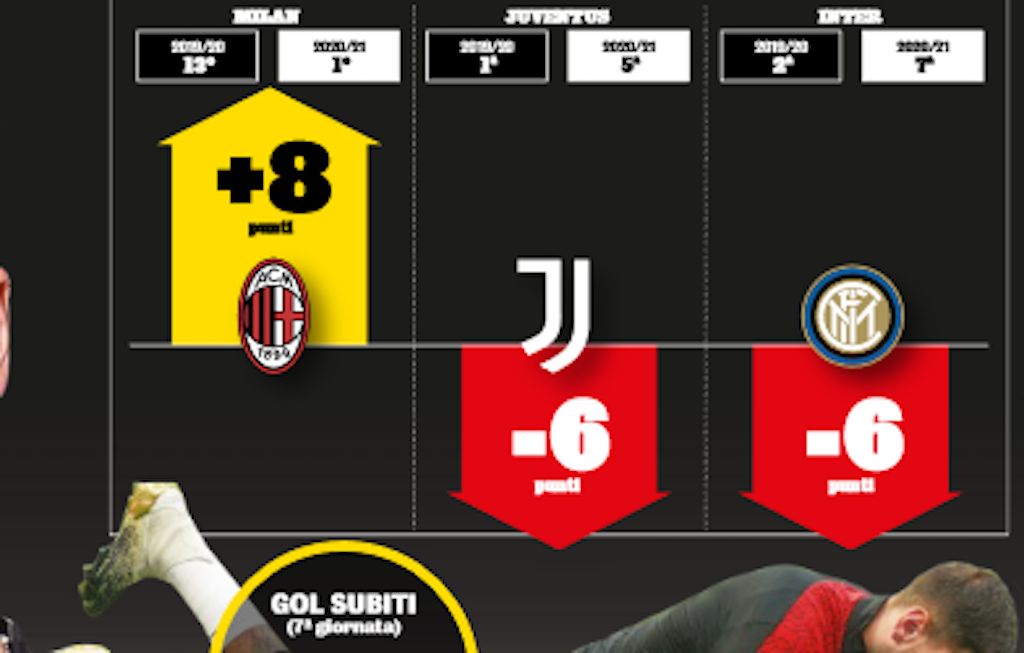 GdS: Milan’s numbers are positive and the mentality is right while Juventus and Inter struggle

The numbers seem to suggest that AC Milan could put up a serious challenge for the Scudetto this season, according to a report.

As reported in today’s edition of La Gazzetta dello Sport (via MilanNews), Pioli’s team has shown some frailties in the last two league games, but yet they are still standing and have the ability to stand until the end.

The paper states that Milan have shown that they know how to resist and react to setbacks. The game against Hellas Verona did not yield three points, but after an awful start going from 0-2 to 2-2 is worth a lot.

This is all while the other clubs are struggling. Juve and Inter are looking to find their identity, Roma have fun but are subject to ups and downs, as are Napoli. Milan have no real pressure as they are not expected to be in the title race, something which could play into their hands.

The numbers also suggest that this team is serious. Milan have remained unbeaten in 19 Serie A games for the first time since May 2004. They have scored in the league in the last 27 games, only once have they managed better (29 games between 1972 and 1973).

In this season they are +8 compared to the figure after seven rounds last season, which suggests everything is pointing in the right direction.