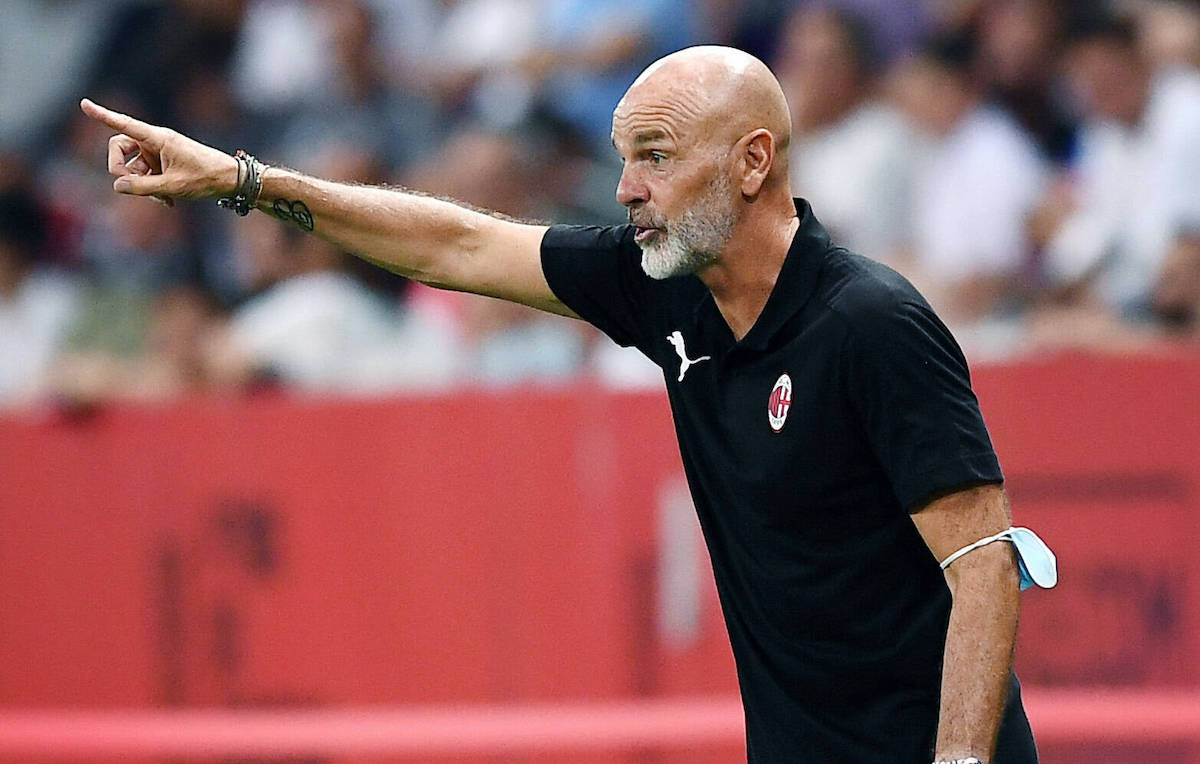 AC Milan head coach Stefano Pioli is set to revert to his tried and tested formula for Monday’s opening game against Sampdoria, a report claims.

According to La Gazzetta dello Sport (via MilanLive), Pioli aleady has clear ideas about who will be starting for the game at the Stadio Luigi Ferraris. Olivier Giroud will be the starting centre-forward and will be tasked with leading the line in Zlatan Ibrahimovic’s absence, while behind him will be a trident including Alexis Saelemaekers on the right, Brahim Diaz in the middle and Rafael Leao on the left.

With Kessie set to miss out due to injury, the double pivot will be composed by Ismael Bennacer and Sandro Tonali, with a back four from right to left of Davide Calabria, Simon Kjaer, Fikayo Tomori and Theo Hernandez in front of Mike Maignan in net.