GdS: Milan’s probable XI vs. Sassuolo – Kessie gets the nod; still no Paqueta

AC Milan boss Stefano Pioli will once again opt for consistency on Sunday when the Rossoneri host Sassuolo at San Siro, a report claims.

Milan will be looking to build on back-to-back away wins against Parma and Bologna in the last two weeks to try and generate some real positive momentum heading into the Christmas break.

According to La Gazzetta dello Sport, consistency will be the order of the day for Pioli, who is set to name an unchanged XI from the teams which won on the aforementioned away trips.

That will mean a front three of Suso and Hakan Calhanoglu flanking Krzysztof Piatek, who broke his six-game goal drought by netting a penalty against Bologna.

The midfield will see Ismael Bennacer playing in the middle, with Franck Kessie and Giacomo Bonaventura to his right and left respectively. 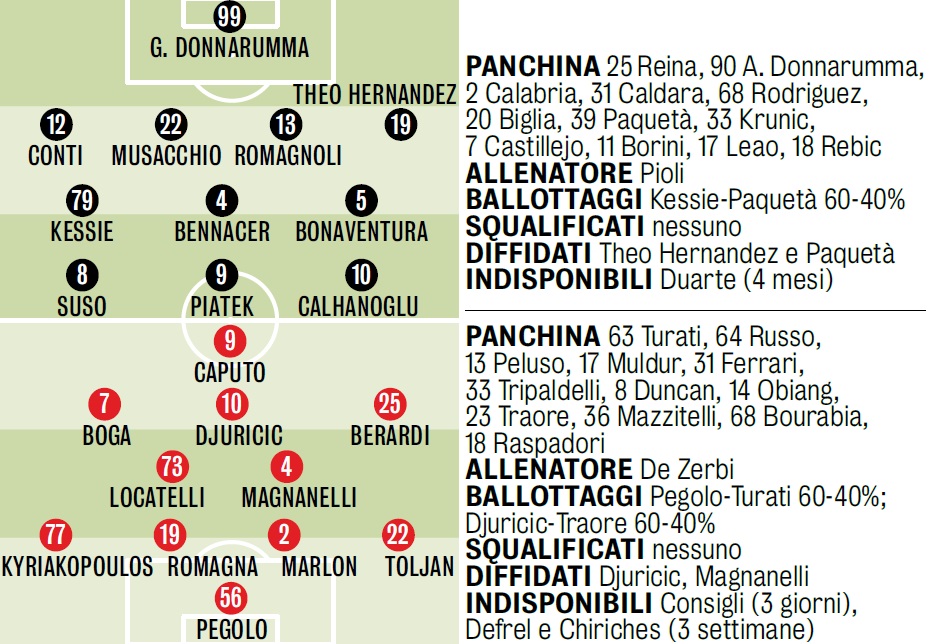