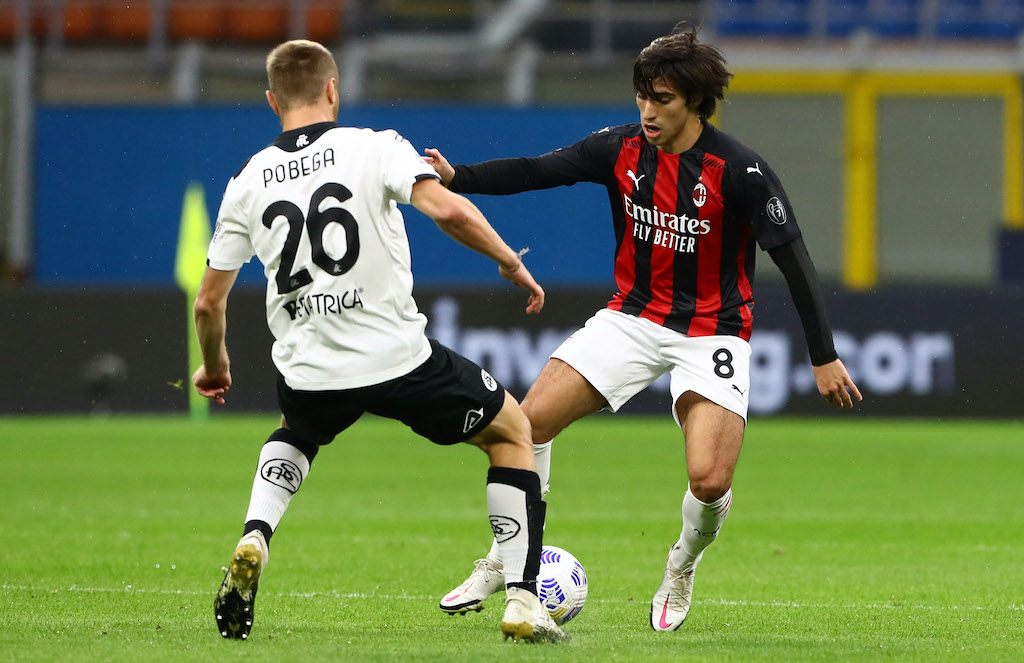 GdS: Milan’s stance is clear as academy product shines on loan at Spezia

Milan’s midfield has been very impressive this season, with Franck Kessie and Ismael Bennacer dominating the department. Sandro Tonali is also available on the bench and next season, it could be even better.

Tommaso Pobega, who was loaned out to Spezia at the start of this season, is expected to return to the Rossoneri. He has scored four goals in his last three games between Spezia and Italy U21 duties, thriving with the current situation.

As reported by Gazzetta Dello Sport (via MilanLive), Milan’s intention is to get him back at the end of the season. Spezia have a buy-out option in the deal but fortunately, the Rossoneri added a buy-back clause as well.

Paolo Maldini and Ricky Massara believe in the player a lot and the loan was a way to give him consistent playing time. So far, as evidenced by Pobega’s numbers, it has turned out to be a very good decision by the management.