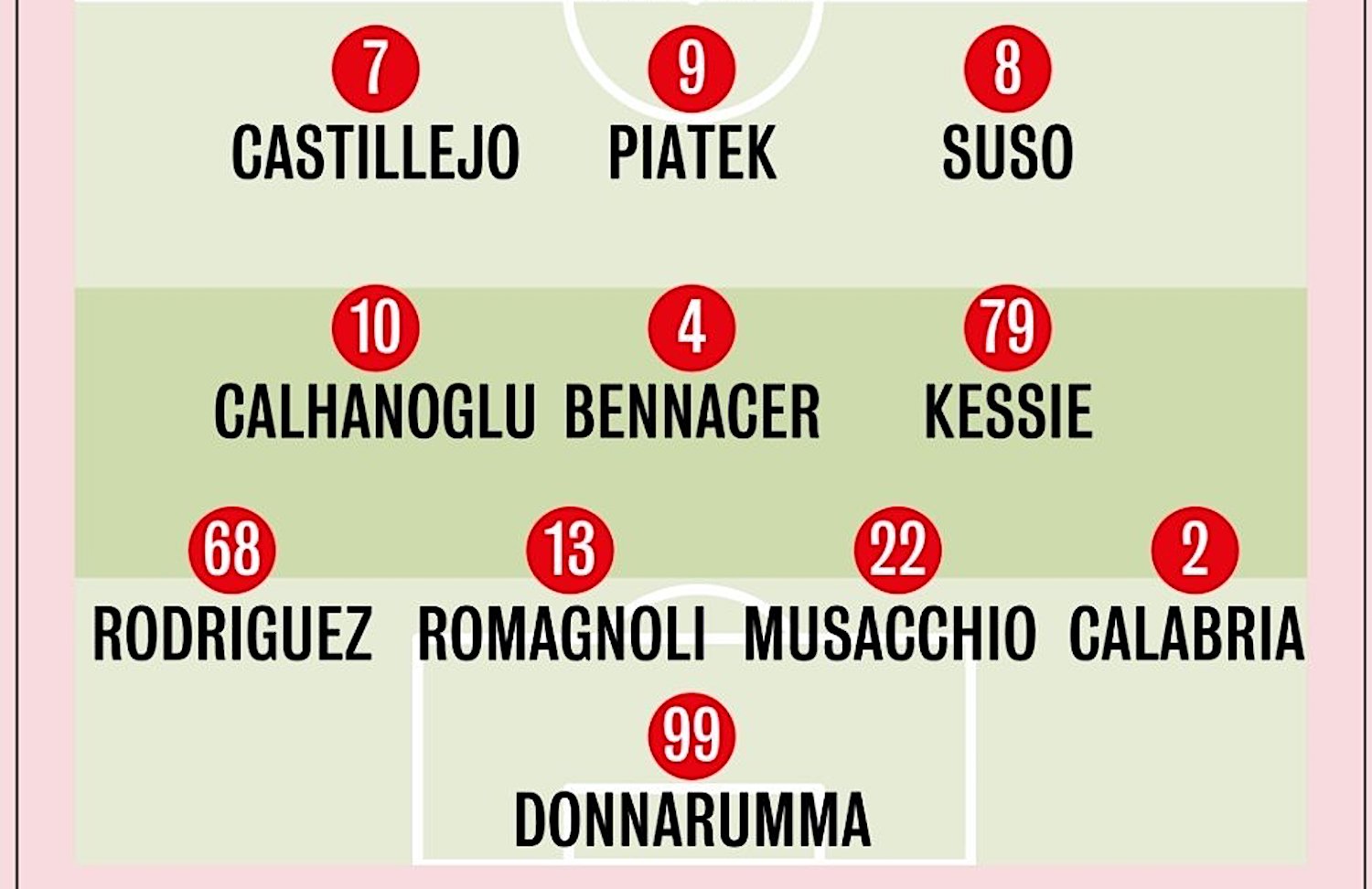 AC Milan are ready to return to a 4-3-3 formation for Sunday’s game against Hellas Verona, according to a report.

There have been rumblings that Marco Giampaolo would switch to playing with wingers since told Sky Italia after the game against Udinese (via Football Italia) that he is considering scrapping the 4-3-1-2.

Sky – as cited by MilanNews.it – then confirmed recently Milan will return to using the 4-3-3 as Giampaolo alluded to.

As per Friday’s edition of La Gazzetta dello Sport (as reported on MilanChannel’s Twitter), a 4-3-3 will be used for Sunday’s trip to Verona, and they have also named the likely starting XI.

Gianluigi Donnarumma is in goal as expected, with a back four of Davide Calabria, Mateo Musacchio, Alessio Romagnoli and Ricardo Rodriguez to protect him.

The midfield three will consist of Ismael Bennacer as the anchor with Franck Kessie to the right and Hakan Calhanoglu to the left.

Finally, Suso will start as the right-winger, with Krzysztof Piatek the centre-forward and Samu Castillejo on the left side.