AC Milan are expected to field a 4-3-3 formation for Saturday’s Derby della Madonnina against Inter, according to a report.

The Rossoneri face their neighbours at San Siro this weekend in the latest instalment of one of football’s most historic rivalries.

Milan enter the game having won two of the first three games to start the season, but will be looking to end Inter’s perfect start with Antonio Conte’s side having won all three games.

A lot of attention in the build-up to the game has been centred around which formation and starting XI Giampaolo will use, and nothing seems to be set in stone.

Sky Italia – as cited by MilanNews.it – even claimed on Thursday that he considered switching to a three man defence with Davide Calabria out suspended.

However, La Gazzetta dello Sport have revealed what they believe will be the two starting line-ups in Friday’s edition.

The paper has a 4-3-3 formation with Andrea Conti starting at right-back and Ricardo Rodriguez at left-back, with Lucas Biglia given the nod over Ismael Bennacer in midfield.

The Argentine is flanked by Franck Kessie to the right and Hakan Calhanoglu to the left, with Suso and Ante Rebic either side of Krzysztof Piatek. 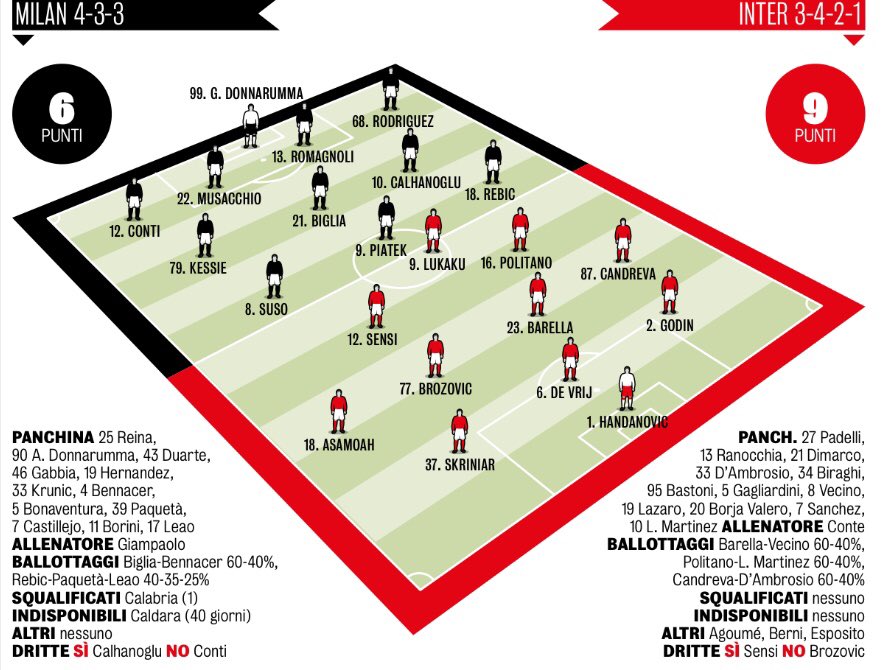