GdS: Milan’s XI for Torino – Bennacer to start; still no Hernandez or Rebic

As AC Milan prepare for their fifth game of the Serie A season against Torino on Thursday, La Gazzetta dello Sport have predicted the starting XI.

The Rossoneri make the trip north to the Stadio Olimpico Grande Torino looking to put memories of Saturday’s derby defeat firmly in the past.

Milan have not won a game in Turin against either side for seven years, but will be hoping to take advantage of a Granata side with dented confidence after back-to-back defeats.

Wednesday’s edition of La Gazzetta dello Sport claimed that Giampaolo would stick with a 4-3-1-2 contrary to the 4-3-3 being reported by Sky Italia.

They also stated that Lucas Biglia would start ahead of Ismael Bennacer, however as seen below they appear to have changed their mind. 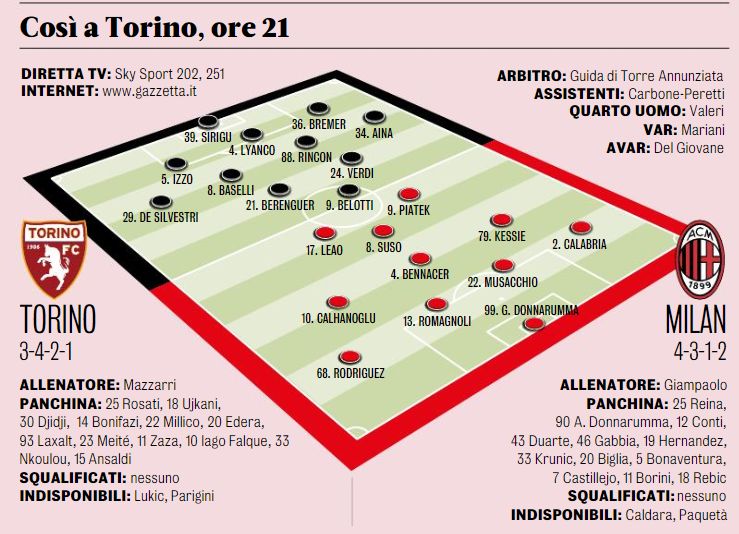 You can read our match preview here and see the official 23-man squad, as well as Marco Giampaolo’s pre-match comments from Wednesday.