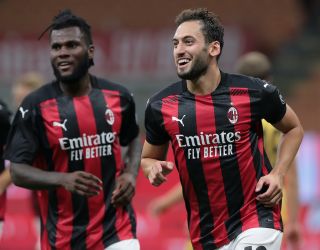 A new meeting between the AC Milan management and Hakan Calhanoglu’s agent is expected soon to discuss his renewal, a report claims.

According to what is being reported by Thursday’s edition of La Gazzetta dello Sport (via MilanLive), back in a September meeting Milan put on the table an offer of €3million net per year plus bonuses.

However, this offer was rejected an in fact countered by his agent Gordon Stipic who instead asked for a big pay rise to around €6million per season. Even if the contacts have continued, the parties still remain distant from an agreement.

Now a new meeting is expected to try to close the gap between offer and demand. While Milan recognise the value of the Turkey international, they do not intend to push the boat out too much given he currently earns €2.5m net a year, so doubling it is not in their thoughts.

With bonuses, however, the Rossoneri’s offer can improve, but Stipic must revise his claims downwards.