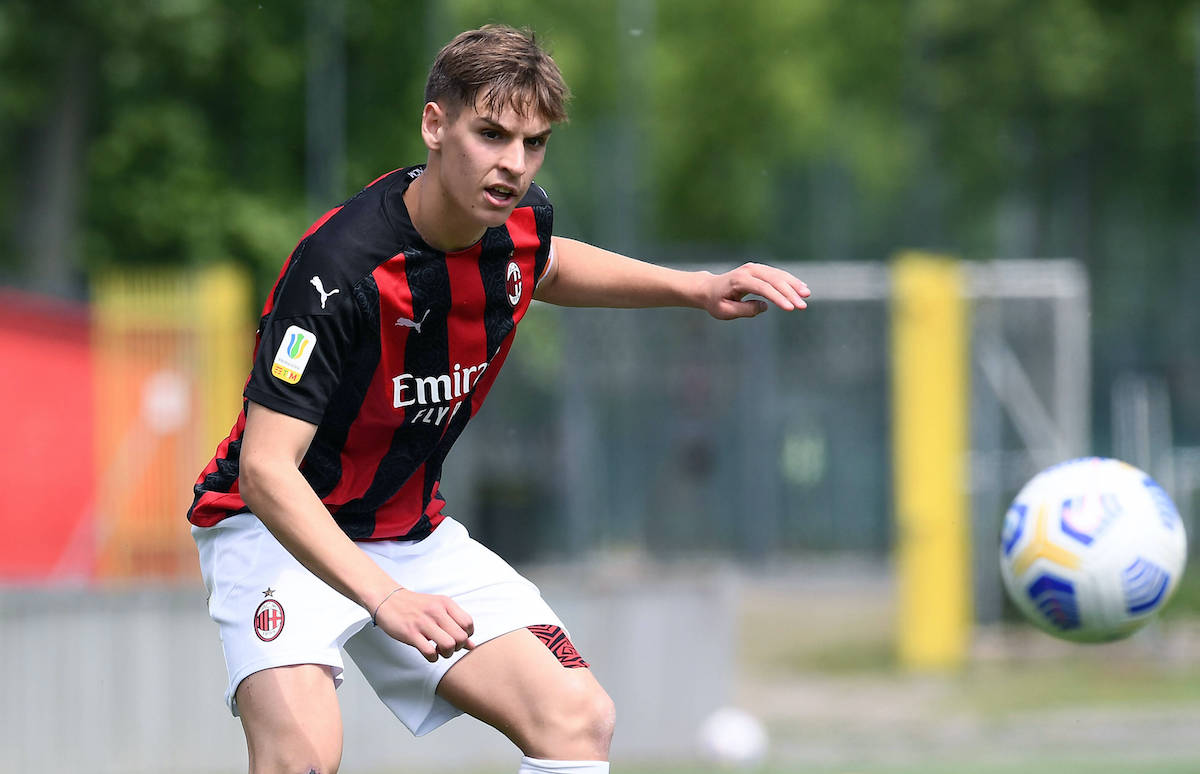 AC Milan and Brescia continue to negotiate over the future of Sandro Tonali, who is on loan at the Rossoneri with an option to buy.

To buy Tonali outright Milan will have to pay €15m (plus bonuses) to Massimo Cellino’s Brescia, but after a season in which he found it difficult to adapt the Rossoneri would like to lower the cash sum by included a counterpart to go the other way. Players like Marco Brescianini and Lorenzo Colombo continue to be mentioned, as does Tommaso Pobega.

According to the latest from La Gazzetta dello Sport (via MilanNews), a new name has entered the discussions and the latest option that circulates is that of Giacomo Olzer, a 20-year-old star of Milan Primavera.

Olzer tends to play as either a winger or as a supporting striker, having shown excellent things by staying with the Primavera rather than going out on loan. He has an unusual physique for the role (close to 1.90m tall) which allows him to score even with his head – with 10 goals scored in 18 Primavera games.