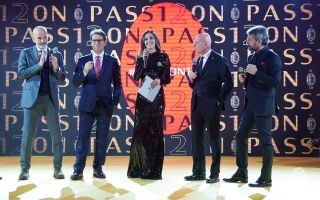 GdS: No contacts between Capello and AC Milan over management revolution

As Zvone Boban and Paolo Maldini are expected to leave AC Milan in the summer, the Rossoneri are heading towards yet another revolution. This time, it will be led by Ivan Gazidis and his plans for the club.

Yesterday, Corriere Dello Sport (via Milanlive.it) reported that Gazidis had set his sights on Fabio Capello, ready to offer him a role within the club. He would reportedly act as a link between the team, the technical sector and the management.

However, as added by Gazzetta Dello Sport’s Nicolo Schira, there have been no contacts with the former Rossoneri manager. In fact, the 73-year-old is not a part of Gazidis’ plans for the future, unlike initial reports suggested.

By the looks of it, the former Arsenal director is looking to make Milan more international on all fronts. Certainly, this would be further proved if Ralf Rangnick is brought in to replace Boban and Maldini.