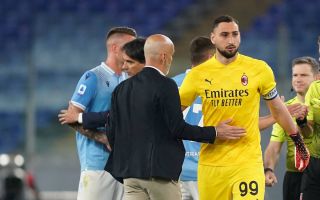 Gianluigi Donnarumma’s indecision regarding a new contract has baffled both his team-mates and the management, a report claims.

According to this morning’s edition of La Gazzetta dello Sport, the fact Donnarumma has not yet signed is a decision that has not been understood by the head coach Stefano Pioli, the technical staff, or his team-mate, who have tried to question him on the subject many times without receiving clear answers.

Donnarumma will leave Milan after nine years with the club since he joined the academy, because the Rossoneri management are tired of waiting and the ownership have no intention of raising their offer from the current €8m net per season given the economic situation clubs are in right now due to Covid.

The huge commissions requested by his agent Mino Raiola have become too big a problem to solve, but the indecision of the player has also proven too much. “He obviously does not have the strength to decide and say no to a Juve proposal that has not yet been formalised,” the paper writes.