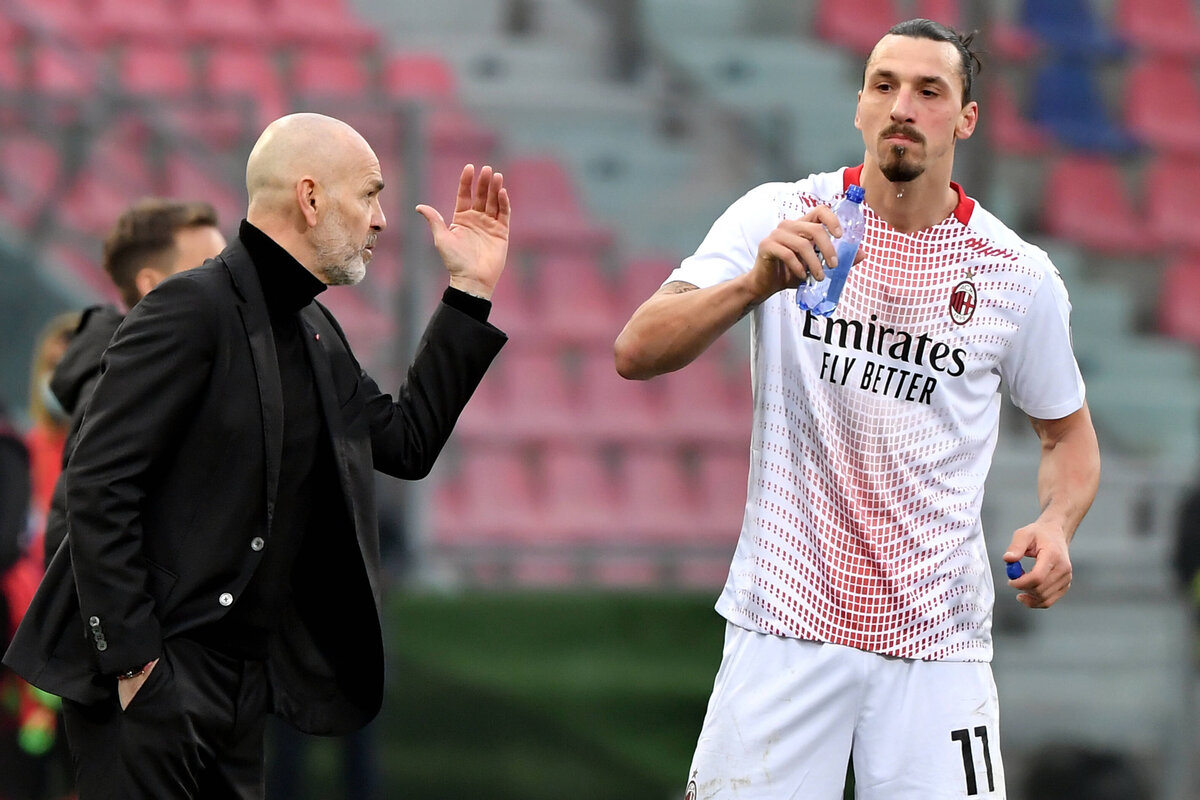 With five games to go, Stefano Pioli is reportedly set to slightly change his formation to try and get the best out of his side.

According to La Gazzetta dello Sport (via MilanNews), Pioli will not try and put forward any revolution, but there will be some small tactical changes, such as the change from the tried and tested 4-2-3-1 to the 4-2-2-2. The aim of this is to ensure that the the returning Zlatan Ibrahimovic is not left alone, so the Milan manager decided to bring Ante Rebic closer to the Swede.

Behind them, in addition to the attacking midfielder Calhanoglu, there will also be the other winger – which should once again be Alexis Saelemaekers – who will squeeze towards the center.

In the last few matches, Milan made a lot of mistakes and for this reason Pioli has decided to concentrate the training of these days more on technique than on tactics. The return of Ibra will be fundamental not only for what he can give on the pitch, but also for his personality and his ability to always keep everyone’s concentration high.

In recent days, the club and in particular the director Paolo Maldini wanted to make his closeness to the team felt in the most complicated moment of the season as the director spoke to both the group and the individual players, encouraging them to give their best.