GdS: Pioli has three XI doubts for Milan vs. Lazio – Ibrahimovic could start

AC Milan are currently gearing up to take on Lazio tomorrow evening and it should be a good one, as San Siro is sold out. Stefano Pioli could make a few changes to the starting XI that has done so well, though.

According to today’s edition of Gazzetta Dello Sport (see photo below), the manager could make a total of four changes to the XI. He does, however, have three doubts and we could thus see a different XI when it’s officially announced.

Alessio Romagnoli is the favourite to start over Simon Kjaer (60-40%) and the same percentage goes for Alessandro Florenzi versus Alexis Saelemaekers. Two interesting changes that, most likely, are a result of the international break.

Up front, Ante Rebic is the favourite to start but Zlatan Ibrahimovic is just behind him (55-45%). The Swede is eager to get back into action after a rather long absence and Milan are happy to have him back. 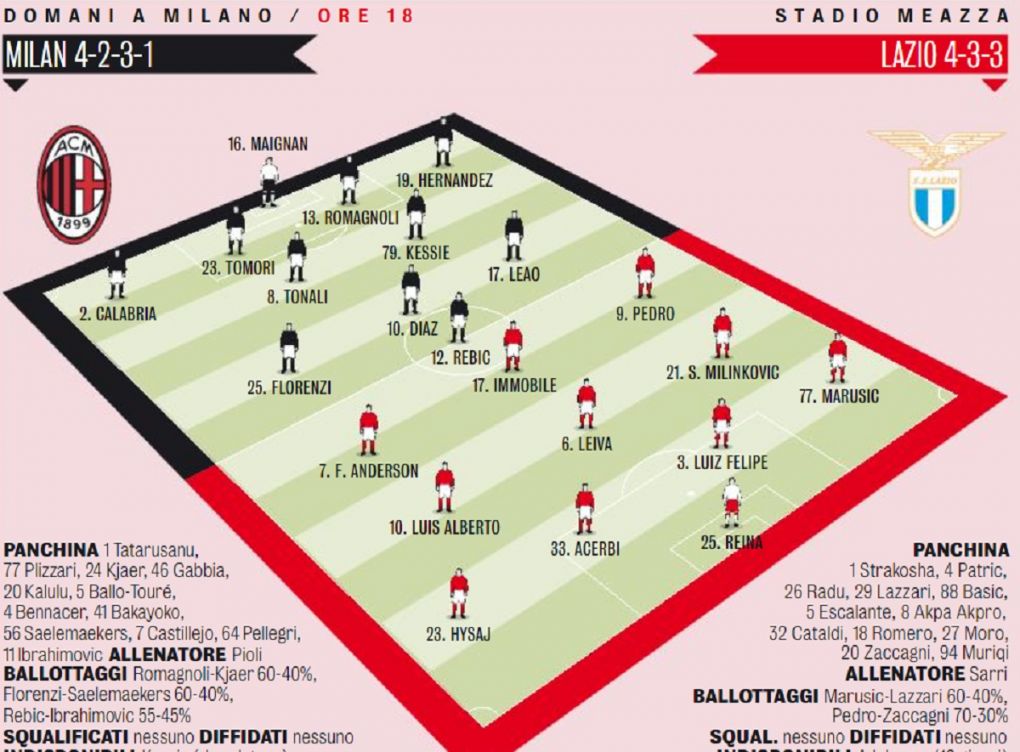 READ MORE: Braida reveals the negotiations he’s most proud of having conducted at Milan