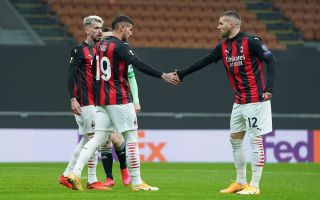 In recent months, Milan have learned to live with several selection problems such as injuries cases of Coronavirus, and they have managed to battle on.

However, as La Gazzetta dello Sport reports (via MilanNews), Pioli will welcome back three key players for his system tonight against Napoli: Theo Hernandez, Calhanoglu and Rebic. The Rossoneri will have to do without Calabria (Dalot will play in his place), Romagnoli (which will mean Tomori alongside Kjaer), Mandzukic and Bennacer, as well as Ibrahimovic.

But going back to the three players who will be back for such a crucial game, first of all Hernandez will take back his left-back position and wants to get back up to speed, while Calhanoglu’s season has been more tormented than the previous one due to injuries and Covid, but as an attacking midfielder he has the talent and quality of distribution that his other team-mates lack. Finally there is Rebic, who could start from the bench tonight as the Croatian is in a run-off with Krunic, but he is ready to enter the fold once again.