Although the final decision will be taken during the training session this morning, the feeling is that both Ante Rebic and Sandro Tonali will be available for tonight’s game between Milan and Lazio. Very important, of course.

Tonali was forced off with a muscular injury against Sassuolo, while Rebic sustained an injury in the away game against Genoa. Above all, it’s important for Stefano Pioli to have the midfielder back, as only Rade Krunic is available if not.

According to Gazzetta Dello Sport (see photo below), Tonali will start alongside the Bosnian, with the latter being one of the changes from last time out. In the attacking trio, Rebic will return to the left-wing after playing up front as of late.

In other words, Rafael Leao will keep the centre-forward spot after the success against Sassuolo, scoring after just six seconds. Hopefully, Milan will finish the year off with what would be a significant win. 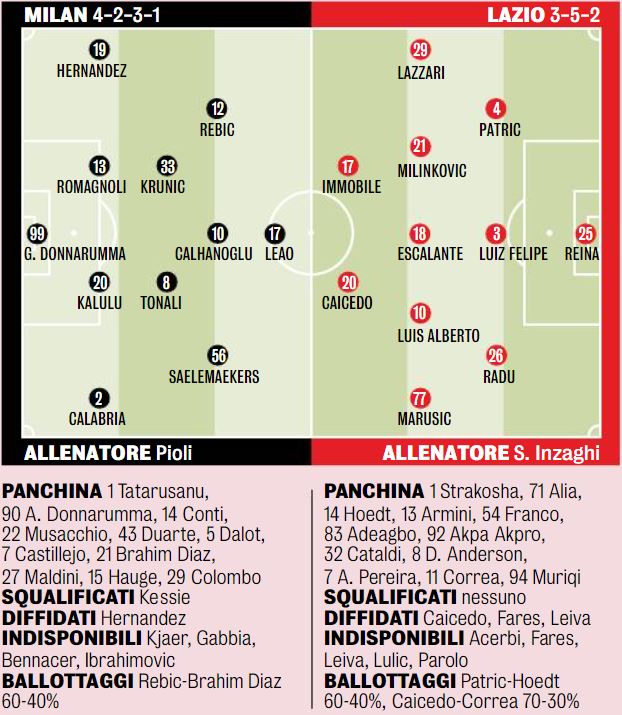